"Dinner with Brad was painfully awkward," Hartsock writes of her Atlantic City date

Former Bachelor contestant Desiree Hartsock is calling the shots and handing out the roses as the current star of The Bachelorette. The bridal stylist will blog all season long on PEOPLE.com about her dates, the guys and the difficult decisions she must make. You can also follow Desiree on Twitter.

After a week of deceit and drama, a new location is all I needed to start fresh on The Bachelorette. As soon as we arrived in Atlantic City, I could feel a different energy. I was excited to be in a place I had never been before – and I was really excited to see the guys!

After Brad told me about his son and failed relationship with the mother, I needed to learn more and see if we had a connection. He is more reserved and quiet than most of the men, so I wanted to bring out his inner child on our date. We had a blast on the Steel Pier rollercoasters and other rides. I could see more of his personality come through.

It is important for me to be able to communicate and have natural banter with a partner. During the day I thought I had found that connection … but dinner with Brad was painfully awkward. I hoped the great day we had would continue, but we lacked chemistry. He is such a kind-hearted man and has so much to offer, but I couldn’t give him the rose. It was difficult to send a great man home. But I had to if I wanted to find the man of my dreams.

The men have a lot of personality bottled up inside, so what better way for them to let it out than a special Bachelorette Mr. America pageant! I couldn’t wait to see the men strut their stuff down the runway and show off their special talents … or lack of.

Kasey’s story about tap dancing as a child was hilarious and by far the most creative of the bunch. He also answered the question honestly and without hesitation, which is why he won “The Bachelorette’s Mr. America.” A lot of the “talents” were not meant to be serious, so I appreciated that all the men were great sports. Also, watching hot bodies walk the stage in swim shorts wasn’t too bad, either!

I continue to be surprised by Zak W. and his thoughtful, romantic ways. The song he wrote and sang was incredible. He is extremely talented! The words he wrote are just how I want a man to feel about me. Hearing Zak play melted my heart, and I saw this incredible depth to him. The friendship we started from that first day was being transformed into a romantic connection. My heart is starting to be spread thin.

Can’t Get Enough of The Bachelorette? Read Chris Harrison’s blog on EW.com

Another surprise came from Chris, who shared a poem that he wrote. I write poetry as well. Knowing we have that common interest was more than I could have imagined. He showed another side, and that left me intrigued.

I had a bit of a steamy session with Brooks in the spa. Whew!

Those were the good parts of the night.

I could sense tension among the men concerning Ben, but didn’t know the extent of it. It made me so uncomfortable during our one-on-one time by the pool in plain view of the other men that I couldn’t focus on our conversation. I think it’s important to keep each relationship separate and out of sight of the others. I still found Ben sweet and confident, so I decided to keep him around and find out more because true colors can only be shown at the right moment.

I wanted to try and understand the scope of what Sandy did to the East Coast. I was blown away by the destruction and couldn’t begin to understand what the families must have gone through. Although some time has passed since the storm, those communities still need support. It is an eerie feeling to see the boardwalk in Seaside Heights completely stripped of the character and joy it once symbolized. The Red Cross has done so much already and can still help. Please visit redcross.org/thebachelorette.

I knew James was a loving man and truly cares for others, so it was nice to share this special day with him. Listening to Manny and Jan’s story about the storm was so touching. It made me feel so grateful for this opportunity. They missed their anniversary because of the storm, so I wanted Manny and Jan to get that day back by giving them the date I had planned for James and me.

PHOTOS: Does New Bachelorette Desiree Have a Shot at True Love?

James was great about everything. Having pizza at a local restaurant was a wonderful way to find out more about each other. I really enjoyed being out in public with James and seeing what a night in Chicago with him could be like. He opened up about his past relationship and cheating on his ex. I appreciated his honesty and believe that no one should be judged by their past. I was disappointed because I had been cheated on, but I was hopeful that James was so forthcoming because he would never do it again. I decided I was not going to hold it against him.

Seeing Manny and Jan looking over their wedding album was a moment I will never forget. Although so much was lost to Sandy, their love was intact. Ending the night dancing in James’s arms made me feel secure and happy about the date. Also, being a part of such a wonderful day together created a bond and an even stronger connection between us.

Next stop is Germany! The dates continue to be full of adventure and romance while more drama unfolds in Munich! This will be my first trip to Europe!

Get ready for beautiful sightseeing, Lederhosen, sledding down the Alps and the most awkward date of my life! I’ve watched two-on-one dates on TV, but having to live one was painful.

Thank you for watching and reading my Bachelorette blog! 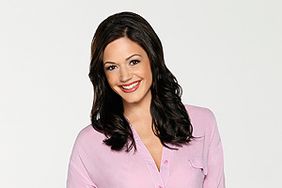 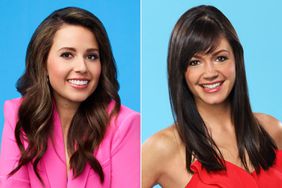 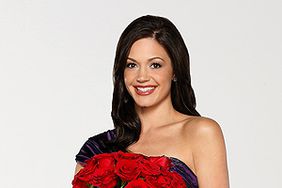 'The Bachelorette' 's Desiree Hartsock Blogs About Dates in Germany

'The Bachelorette' 's Desiree Hartsock Blogs: I Was Put on the Spot! 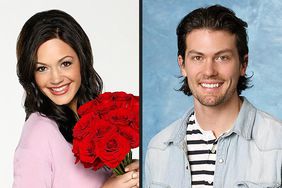 'The Bachelorette' : Desiree Hartsock Blogs About Meeting the Families

'The Bachelorette' : Desiree Hartsock Blogs About Her First Dates 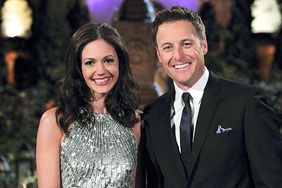 'The Bachelorette' : Desiree Hartsock Goes on 'Most Awkward Date of My Life' 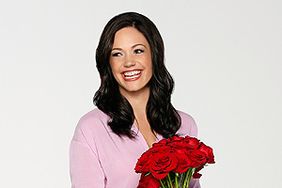 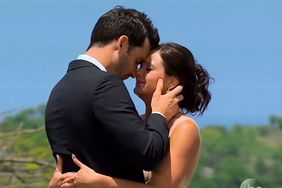 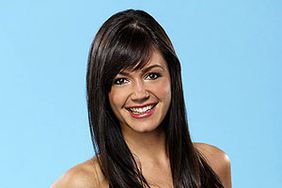 'The Bachelorette' 's Desiree Hartsock: 'There's Going to Be Tears'