Bachelorette Becca Kufrin Opens Up About Living with Garrett Yrigoyen: 'It's Been a Change!'

Former Bachelorette star Becca Kufrin opens up to PEOPLE about living with her fiancé in San Diego, California

Nine months after getting engaged on The Bachelorette, Becca Kufrin and Garrett Yrigoyen are adjusting to domestic life together.

The former Bachelorette star, 29, and her fiancé, 30 — who popped the question on season 14 of the ABC reality series — recently moved in together in the San Diego, California, area. And while Kufrin is happily in love with Yrigoyen, she’s quickly learned that they have different at-home rhythms.

“It’s been a change! Because I’ve never lived anywhere other than Minnesota and I’ve never lived with a partner before,” Kufrin tells PEOPLE. “I was very independent and used to living on my own, so it’s been different to adapt to someone else’s lifestyle.”

She adds, “Garrett and I are just completely different in everything. I’m very organized and so when I come home, I like to put everything in a proper place and put it away, so you don’t see it.”

“He’s more of a type of person to come home and throw his keys, his wallet and his receipts everywhere,” she says of Yrigoyen, “and I feel like I’m always picking up after him!”

Although it’s been a transition for the lovebirds, it’s been a positive experience overall. “He’s so adventurous and really pushing me outside of my comfort zone to try new things, so it’s been fun,” she says.

“I’m an Aries and he’s a Pisces, so hopefully those are compatible!” Kufrin says.

In March, Kufrin celebrated the pair’s 1-year dating anniversary with a loving post, saying of Yrigoyen: “You had my heart since the very beginning, and I love and value you so much.”

And while they’re looking forward to tying the knot in the future, they aren’t in any rush to wed.

“No weddings plans, no dates. We’re kind of just playing it by ear and taking it day by day,” says Kufrin. “We literally just figured out where we want to live and moved in together!” 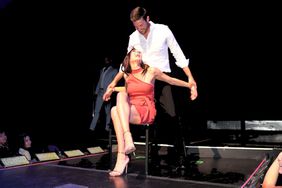 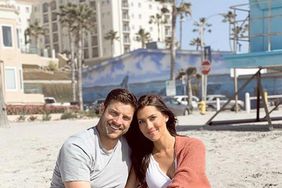 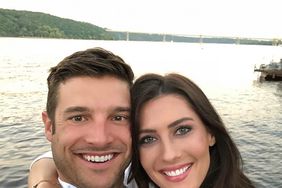