Juan Pablo's 'Bachelor' Blog: The Women Tell All, and Now It's My Turn

Juan Pablo Galavis, former pro soccer player, single father and star of this season’s The Bachelor, is blogging for PEOPLE.com each week about the ladies, the dates and the difficult decisions he faces. You can also follow Juan on Twitter @JuanPaGalavis.

How do I start writing this after watching the Women Tell All episode, and seeing them complain about things that happened so long ago? Do I like talking badly about people? No, especially not about women. So let’s see how I can write this without hurting anyone’s feelings.

I think to understand the women I have to take a step back and remember that it’s not easy facing rejection. Since I was on the other side, I perfectly understand their frustration, and after watching the show back, they probably feel like they wasted their time because none of their parts even aired.

Before I talk about specifics, I want to write about how it can be difficult when you’re the Bachelor. Have any of the women thought about how hard it is to speak to so many people in such a short amount of time? Have any of them thought about how hard it is to speak to 24 women in eight hours? Then 13 in three hours, then 10 in three more, then five … It’s very easy to speak when you only have to focus on one guy, but it’s much harder when the guy has to get to know 27 women. It isn’t easy to remember all of the conversations or the questions that I ask, but I always tried my best and I wish the women recognized that.

I wish I could ask them if they could see how nervous they were every time they tried to talk to me. I let the majority of the women go because I knew that the process was too hard for them and that they weren’t able to open up to me. I understand it’s a very hard situation, but I always tried to find ways to make the women feel as comfortable as possible. The women I had a better connection and attraction with are the ones that I felt fit more into what I was looking for.

I Knew What to Expect

I knew what to expect from Cassandra and Renee because we are all parents. I knew that their biggest concern was also my biggest concern. We all had to figure out how to handle this situation away from our children. However, Renee and Cassandra’s situations were totally different. Cassandra’s son is only 2 years old, and he didn’t understand what his mom was doing. Renee’s son is older, and I learned how much Ben suffered when Renee broke up with her last boyfriend.

The Women Tell All – and Slam Juan Pablo

I understood why Kelly wanted an explanation about my gay comments because during my adventure we had talked openly about her father. I told Kelly that I would love to have an hourlong chat with her so that she can better understand what was misinterpreted and what my views are. I also want to understand her views and her experiences, just like when I listened to her tell me about her father. More than anything, I want to make sure Kelly knows how sorry I am that her feelings were hurt. I hate hurting people.

Ay, Victoria! During my talk with Kelly, Victoria really surprised me. Why did Victoria jump in the conversation? I believe she should have worried more about being sober on the show so she could get to know me rather than say something negative about me when she was there for only four days. Does she know me? Does she know when and where I learned English? Does she know about all of the times my producer and I would change words because what I was saying wasn’t what I was trying to express? I let her be herself and talk. I respect her opinion, but everyone is not the same.

Bachelor‘s Andi Dorfman: ‘I Was Turned Off’ by Juan Pablo

Of all the women at WTA, Sharleen and Renee are by far the women who got to know me the most, and I spent the most time learning about their lives. Did you get to see that with Sharleen? Clearly you didn’t, and that’s a shame because she is a spectacular woman. She was not feeling it and was always honest. I wanted to thank her for always being who she is. Renee is clase aparte (in another category). She’s a sweet, loving, caring, smart and affectionate person, but unfortunately my feelings were not there for her, and that’s something I cannot force. At the end of it all, I’m very happy that Renee found someone, and I want to send her my congratulations. I hope to be invited to the wedding someday.

Renee Oteri of The Bachelor Is Engaged

Andi’s situation – it’s okay and will always be okay. Like I said, she was at the top of my list since week 2, but at that point in St. Lucia, her leaving did me a favor. I wasn’t sure if she was going to make it through that rose ceremony, and she made my decision so much easier. I signed up to meet 25 women, not to marry, kiss and play with 25 women. So I was straightforward and honest, and like she said, I don’t have a filter. When you are trying to figure out what you want in a short amount of time, you have to be straightforward. To me, that’s definitely the best way to handle it.

Can’t Get Enough of The Bachelor? Check Out Chris Harrison’s Blog on EW.com

I have a completely different opinion about what happened on our overnight date. I respect her decision, but in my opinion she should have told me in private, when we had no cameras, but I guess some people would rather do things in public.

I also wanted to say congratulations to Sean and Catherine and that they have my best wishes for their new life together as husband and wife.

Next week, my adventure comes to an end. I can’t wait for you to see how it all turns out.

Remember to Tweet me any questions and I will try to answer them.

Thanks for reading,
Juan Pablo 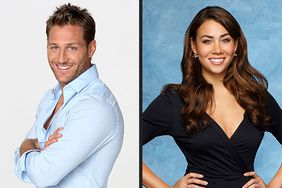 Juan Pablo's 'Bachelor' Blog: Sharleen 'Has All My Respect' 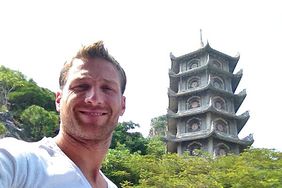 Juan Pablo's Bachelor Blog: I Made a Mistake with Clare in Vietnam 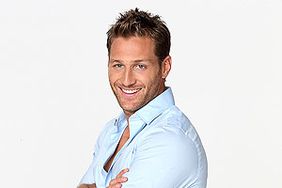 Juan Pablo's 'Bachelor' Blog: A Good Week on the Show, a Tough Week Off It 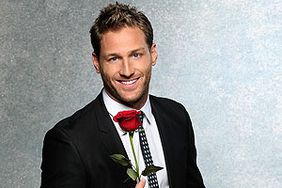 Juan Pablo's 'Bachelor' Blog: It's Time to Dance – in Korea 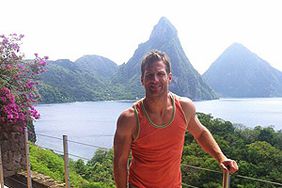 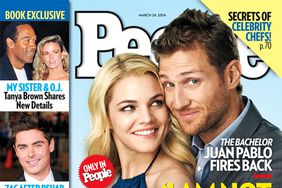 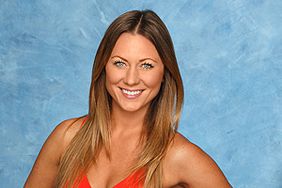 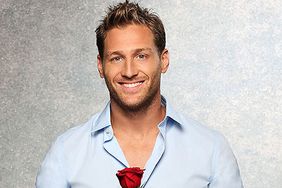