Betty Lynn was best known for playing Thelma Lou, the girlfriend of Barney Fife, on the hit show from the 1960s

Lynn, known for playing the girlfriend of Barney Fife on the show, died "peacefully" on Saturday following a "brief illness," according to the statement.

A private burial will take place in Culver City, California, on an undisclosed date. A memorial service has yet to be announced.

Lynn portrayed Thelma Lou on 26 episodes of The Andy Griffith Show between 1961 and 1966. She received $500 per episode, according to The Hollywood Reporter.

The actress reprised her role for the 1986 NBC TV film Return to Mayberry, in which Thelma and Barney finally tie the knot.

Prior to playing Lou, Lynn appeared in several films, including the original Cheaper by the Dozen released in 1950. Some of her other early projects include Sitting Pretty (1948), June Bride (1948) and Payment on Demand (1951).

Upon her retirement in 2006, Lynn relocated to Mount Airy, North Carolina. She was moved to an assisted living facility in August, according to a statement posted to Facebook by the Andy Griffith Museum.

In Sunday's statement, the museum said it is "grateful" for Lynn's various appearances over the years both at the museum and at Mayberry Days to celebrate The Andy Griffith Show.

In lieu of flowers, donations can be made to the Betty Lynn Scholarship Endowment or the Barbara and Emmett Forrest Endowment Fund. 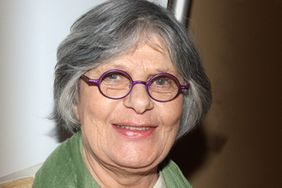