Tess Holliday Cried When She Saw Herself on the Cover of PEOPLE: 'It Was Definitely a 'Wildest Dreams' Moment for Me'

"I've been reading it since I was a kid so to be on the cover is surreal," the model said

Tess Holliday is a size-22 social media star who’s taken the fashion world by storm. Subscribe now for an inside look at how she is reinventing the word "supermodel," only in PEOPLE!

Tess Holliday burst into tears when she saw herself on the cover of PEOPLE.

The 29-year-old, who’s the first woman of her size to land a contract with a prominent modeling agency, appeared on the Today show Thursday morning to speak about the shoot.

“It’s crazy,” she said of landing the cover of PEOPLE. “I’ve been reading it since I was a kid so to be on the cover is surreal.”

And she couldn’t hold back the tears when she saw a woman at the airport putting out copies of this week’s magazines – including her own.

“I asked her to dig it out for me and then I cried,” she said. “I wanted it to happen for a long time. This was definitely a wildest dreams moment for me.”

Holliday, who’s mom to a 9-year-old son, went on to say that when she first got the call about the contract, she thought the woman on the other end of the line had the wrong number.

“I thought I was busy before, but my life’s completely changed,” she said.

So what words of advice does she have for other young women dealing with bullying, as she did?

“I think for me it’s all about accepting yourself the way you are now and loving the way you are today,” Holliday said. “I had a lot of people around me that were supportive [of me] but I just knew life could be better if I put myself out there.”

As for the critics who say her size-22 body might be sending the wrong message regarding health, Holliday has an answer for you. “Health is so personal for everybody. It’s really my business.”

For more on Holliday, pick up the new issue of PEOPLE, on newsstands Friday 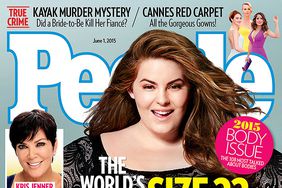 Tess Holliday is Reinventing the Supermodel 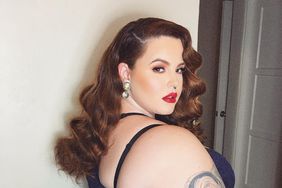