"It's a sad time with my husband and everything so we're going to try and work it out as best we can," Teresa Giudice said

Teresa Giudice is doing her best to stay positive as her husband Joe awaits a final decision in his ongoing deportation battle.

After a judge ruled on Friday that Joe would not be allowed to return to the New Jersey home he shares with his wife and their four daughters — Gia, 18, Gabriella, 15, Milania, 14, and Audriana, 10 — Teresa spoke out about how her famous family is holding up.

“It’s a sad time with my husband and everything, so we’re going to try and work it out as best we can,” Teresa, 47, told Us Weekly on Saturday.

“The most important thing is our four daughters, so I’m hoping Joe is able to stay in the United States,” the Real Housewives of New Jersey star added.

The news of Joe’s denial came days after his lawyer requested that he be released from ICE custody to spend time with his family before the court’s final determination in his deportation case is made.

“Joe is extremely disappointed,” James J. Leonard, the Giudice family attorney, told PEOPLE in a statement on Friday. “He spent the last six months in a cage not able to hug or kiss his wife or daughters when they came to visit him. We treat animals in shelters better than we treat human beings in these ICE facilities.”

Since Joe’s release from prison in March after completing a 41-month sentence for mail, wire and bankruptcy fraud, Joe has been in custody of Immigration and Customs Enforcement, staying at the Clinton County Correctional Facility in Pennsylvania.

In October, an immigration court ruled to deport Joe to his native Italy after his prison sentence. Even though he has lived in the United States since he was a child, he never obtained American citizenship, and immigrants can be deported if they are convicted of “a crime of moral turpitude” or an “aggravated felony,” according to U.S. law.

Joe appealed the deportation decision more than once, but his appeals against the ruling were denied. A final appeal is still pending.

The court agreed in May to allow him to continue living at the ICE facility in the U.S. as he awaits his fate.

At bond hearing on Sept. 11, the request was made for Joe to be allowed back home.

Though Joe wasn’t physically in court, a source previously told PEOPLE he appeared via video conference. Teresa was also present, as was his mother, sister, brother and two dozen other family members (the four Giudice kids were all in school).

Teresa was released from federal prison in 2015 after serving 11 months of a 15-month sentence for fraud. Joe began his sentence for the same crimes in March 2016.

While the RHONJ star admitted to Us on Saturday that she and Joe “are going through a really difficult time right now,” she is remaining hopeful about what’s to come.

“I had all these businesses and everything went crashing down,” she said. “But, look, I picked myself right back up, and if anybody else is going through hard times, don’t worry about it. You will get through it. There is a light at the end of the tunnel. I do believe that. You’ve got to be positive!” 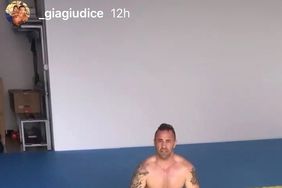 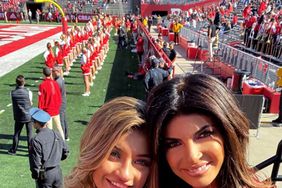