Teresa Giudice Breaks Down While Discussing Husband Joe's Prison Sentence: 'He's Going to Be Home, We're Going to Be Together'

Teresa Giudice and her husband Joe Giudice are making the best of a difficult situation – but that doesn’t mean things are easy for Real Housewives of New Jersey star.

Opening up about Joe’s 41-month prison sentence in an ABC News interview, Tuesday, Teresa said she didn’t necessarily need to give her husband advice for prison because “he lived through the whole thing.”

Tearing up, Teresa turned away from the camera lens and told ABC’s Mara Schiavocampo, “I’m getting emotional,” and momentarily left the couch.

Teresa and Joe, 44, who were married in 1999, were both sentenced to prison terms for mail, wire and bankruptcy fraud in 2014. Teresa completed 11 months at Danbury Correctional Institute last December, and Joe turned himself in three months later.

When Teresa returned to the couch, Schiavocampo asked the reality star if she was worried about her future with Joe.

“No, I think our future is not uncertain,” Teresa replied. “He’s gonna be home, we’re gonna be together, and that’s that I’m looking forward to.”

The pair have keeping in touch via email, daily, as well as weekly visits.

“There’s a lot of nasty emails,” she recently told PEOPLE. “A lot of sexual emails going back and forth, I’m not even gonna tell you the things he writes to me.”

“We just can’t wait for it to be over and to put this behind us and just move on with our lives,” she added.

The new season of The Real Housewives of New Jersey premieres Sunday at 8 p.m. ET on Bravo. 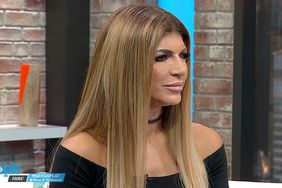 Teresa Giudice on Her Uncertain Future with Husband Joe: 'He Just Made a Mess of Things'

Sexy Emails to Joe in Prison: How Teresa Giudice Says They're Keeping the Love Alive! 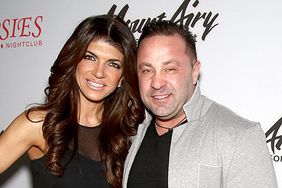 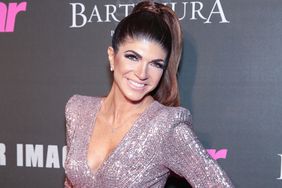 Why Teresa Giudice Didn't Like Having Visitors While She Was in Prison: 'You Just Sit There' 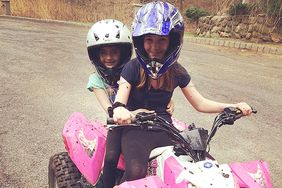