Kailyn Lowry may be pregnant with her fourth child, but it seems things are very different for the expectant mom this time around.

The Teen Mom 2 star, 27, opened up about her latest pregnancy in an Instagram post on Friday, sharing with her followers that she’s been feeling a bit “weird” lately despite the fact that this is her fourth time having a baby boy.

“Things have been so different this time around – it’s weird knowing the sex of this baby & trying to solidify a name so he doesn’t go nameless like Lux did ? + my anxiety is through the roof,” she wrote alongside a picture of her holding several ultrasound photos of her baby.

Lowry — who is already mom to Isaac Elliot, 10, Lincoln Marshall, 6, and Lux Russell, 2 — went on to ask fans about their pregnancy experience. (The mom shares Isaac with ex Jo Rivera; Lincoln with ex Javi Marroquin; and Lux with ex Chris Lopez.)

“I’m scared of doing anything wrong,” she admitted. “What is your experience with pregnancy?”

In a series of Instagram Story videos posted on Monday, the mom also touched on the anxiety she’s been experiencing surrounding the news of her pregnancy.

“So now that all the news is out — the pregnancy confirmation and the sex of the child — I hope that my anxiety dreams go away,” she said. “I feel like this entire thing I was confused about and didn’t know what to do. And then people leaked it before I was ready. Here we are weeks later and everything is out there.”

“I mean, I feel better but I’m hoping that maybe some of the anxiety will go away. I just wanted to say thank you to all of you guys who support me and have commented nice things and just been supportive along the way because it hasn’t been easy that’s for sure,” she continued. “I literally will text Chelsea [Houska] and be like, ‘How should I stay private? How should I do this? What do I do?’ So thank you all. I really do appreciate it. I know the boys will be thankful that you all were supportive.”

Lowry announced that she was expecting another baby last week.

“It’s been a rough few months this time around. I’ve had nausea, morning sickness, and absolutely no energy,” she wrote on Instagram.

Though Lowry did not reveal the identity of her baby’s father in her announcement, she has long been open about her desire to have another baby, joking in 2018 that she’d go to a sperm bank if needed.

“I want one more,” she said during an episode of her podcast Coffee Convos. 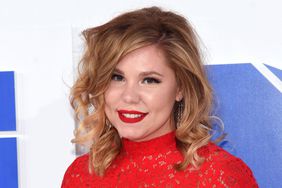 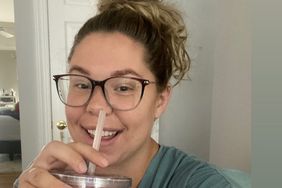 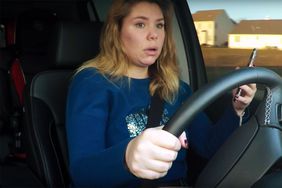 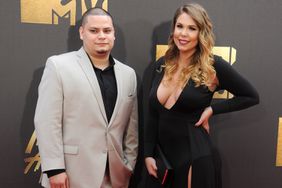 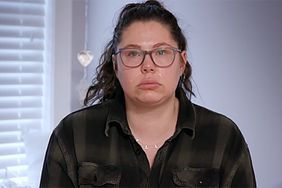