Kailyn Lowry is speaking out against her former Teen Mom 2 costar Jenelle Evans after she and husband David Eason lost custody of their three children.

In an exclusive joint statement to PEOPLE with her Coffee Convos podcast co-host Lindsie Christie, Lowry said she believes Child Protective Service’s removal of the children from the couple’s custody is in their “best interest.”

“We’ve been cautious when speaking on the issues regarding the Evans/Eason family until we had enough details to speak on the matter. The most important part of this situation & most concerning to us as fellow mothers is the safety of the children,” Lowry and Christie said. “After hearing the state of the home & things CPS uncovered, it is in the best interest of the children to remain outside of Jenelle and David Eason’s care. Wishing them nothing but the best & hoping all parties involved get the help they need to move forward.”

On Tuesday, E! News reported that a judge temporarily ruled that the former Teen Mom 2 star and Eason will not regain custody of her kids.

Multiple people testified against the couple, including Griffith, throughout four days in court, according to TMZ. The judge ultimately made the ruling after they determined that there were issues with Evans and Eason that put the children at risk, TMZ reported.

In a statement obtained by PEOPLE on Tuesday, Evans’ rep said, “At this time we are cooperating with the judge and legal team from court.”

Lowry has long expressed her dislike for Eason, even refusing to film the MTV show’s reunion with him earlier this year.

“I have refrained from commenting on the disturbing situation involving David Eason and Jenelle Evans while I wrapped my head around the murder of Nugget,” Lowry, 27, wrote in a statement posted to Instagram at the time. “To say I am disgusted and appalled over David’s actions doesn’t begin to touch on my true feelings.”

Eason, who was fired from Teen Mom 2 by MTV in February 2018 after allegedly posting homophobic tweets, previously posted a video of the dog becoming aggressive toward Ensley. He also shared a photo showing a scratch mark on his daughter’s face.

Evans was fired from Teen Mom 2 shortly after the incident.

And weeks after her dog’s death, Evans’ sons were removed from her North Carolina home.

TMZ reported that North Carolina Columbus County Child Protective Services ordered that Jace cannot return to the MTV personality’s home for the time being. Although Evans’ mother, Barbara, has primary custody of Jace, CPS was not allowing Evans to have her visitation rights as a result of Eason allegedly killing her canine until CPS completes its investigation.

TMZ also reported that Kaiser was taken out of Evans’ home and was living with Griffith and his paternal grandmother. 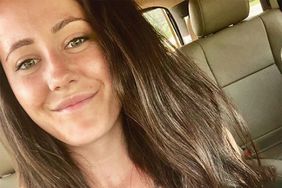 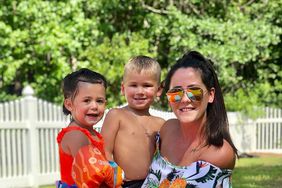 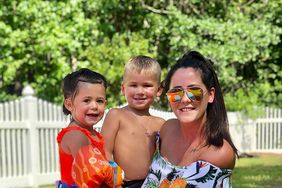