Between two custody battles, an angry ex-fiancé and an ongoing assault case, Jenelle Evans has a lot on her plate.

With the season 7 premiere of Teen Mom 2 coming up Monday, the MTV star opened up to PEOPLE about it all, starting with her attempts to gain full custody of her two sons.

When it comes to son Jace, 6, from a previous relationship, she currently gets to see him every weekend while her mother, Barbara, maintains full custody.

“Jace recently asked me: ‘When can I live with you again?’ ” Evans tells PEOPLE. “I said: ‘Well, hopefully by the summer you’ll be living here.’ But that’s all I told him – I don’t want him to know too much right now ’cause it’s really detrimental.”

Their next court date is scheduled for May, but in the meantime, Evans and her mother – who have long had a tense relationship – are keeping their distance.

“We really don’t talk other than if it’s about Jace, because if we are around each other too much we start arguing,” Evans says.

At the same time, Evans is locked in a second custody battle over son Kaiser, 1½. Though he currently lives with her, she shares him with ex-fiancé Nathan Griffith.

“It’s just a lot of butting heads right now,” Evans says. “I think he’s really not putting all personal issues aside – he’s not making it just about Kaiser.”

In particular, the reality star thinks her ex takes issue with her new boyfriend, David Eason.

“Every time we talk, he doesn’t even really ask about Kaiser,” Evans says of Griffith. “He just asks how I’m doing and what I’m up to lately … I don’t think he is sure of his current relationship, or he hasn’t let go [of me] yet.”

And Griffith’s current relationship with girlfriend Jessica Henry has added a whole new layer of drama: Evans was arrested last August after an altercation between the two women took place.

According to Evans, she and Henry had argued before and “she knew not to be on my property or anywhere near my property,” so when Griffith brought her along when picking up items from Evans’ house, there was tension: “She went to step out of the truck, so I went to go throw water on her and the glass slipped out of my hand and hit her on my head. Then when I turned around to go away to walk back inside, she threw the glass at me.”

The point of contention?

“She’s saying that she never threw the glass,” Evans says. “But if both of them are the Christians they are when we go to testify on stand, she has to put her hand on that Bible and she’s going to have to tell the truth.”

The case will be going to trial within the next couple of months, but the Teen Mom 2 star says she tried to convince her ex to drop the charges.

“I said: ‘Look, if you’re going to be with her for the rest of your life, we all have to get along,’ ” Evans says. “He doesn’t want to drop it – or he said that she doesn’t feel like she should drop it because ‘no one like me’ should get away it, ‘a person like me’ shouldn’t get away with something like that.”

Evans also opened up about her mysterious health issues: She started experiencing worrying symptoms (“hot flashes, night sweats, nightmares”) toward the end of January and still hasn’t been able to figure out why.

“I’m still having the same issues,” Evans says, explaining that she even went off birth control after being advised to do so on medical talk show, The Doctors, and has plans to see an endocrinologist, but that nothing has improved so far.

“Now I’m so used to the symptoms that I just don’t complain about it anymore, I just live with it,” she says.

But if there’s one thing that’s going well for Evans, it’s her relationship with Eason, whom she’s been dating for about six months.

“He’s a very hard worker, and I love that about him,” Evans says. “He doesn’t care about me making money, or how much I get, he still pays his own bills, and he still gives me money for rent and everything, which I’ve never had any boyfriend do!”

Plus, he’s great with the kids: “Jace absolutely loves him, [he] always wants to be around him,” Evans says. “And he has an 8-year-old daughter that comes and spends the weekends along with Jace, so they get along very well and everyone is just really happy.”

And while she “can definitely see him as a great person [to have kids with],” the two are “taking things slow” for now.

“We’re not looking into marriage or kids or [anything] like that,” she says. For now, Evans is just trying to keep the family she has together.

“I even said on camera, I said: ‘I’ll be miserable for the rest of my life as long as I have my family together,’ ” she says. “But honestly, it’s really about being happy, and if you’re not happy, your kids aren’t going to happy, and that’s the most important thing.” 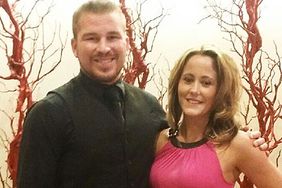 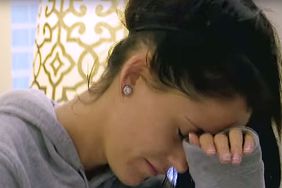 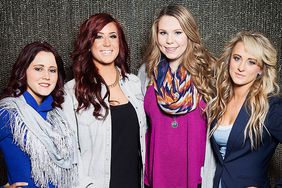 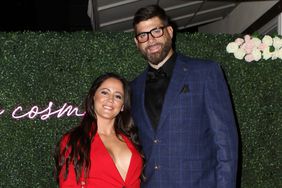 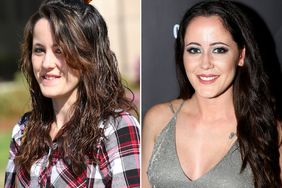 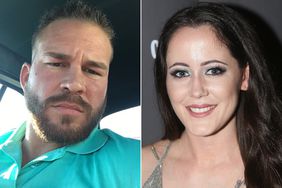