Ted Lasso is the Apple TV+ series that follows football (the American kind) coach, the titular Lasso, as he makes the switch to coaching football (the British kind) in England.

Just as the kind-hearted coach — played by Jason Sudeikis, who just won an Emmy for his performance — managed to make his way into the hearts of his boss, his players and his community, the ever-optimistic coach has stolen our hearts, too.

At the center of Lasso's coaching skills are his Ted Lasso-isms that range from profound to hilarious and everywhere in between. Here are some of our favorites, as the show ends its second season on Oct. 8:

1. "Taking on a challenge is a lot like riding a horse, isn't it? If you're comfortable while you're doing it, you're probably doing it wrong."

Can someone who has ridden horses confirm this?

2. "As the man once said, the harder you work, the luckier you get."

This is what we'd call a head-scratcher, but he's got a point!

3. "I do love a locker room. It smells like potential."

To an untrained nose, it might smell like sweat socks, so we're glad Ted's here to clear that up.

4. "I always thought tea was going to taste like hot brown water. And do you know what? I was right."

Me, whenever I can't tell if someone is being sarcastic.

6. "You know what the happiest animal on Earth is? It's a goldfish. You know why? It's got a 10-second memory."

7. "If the Internet has taught us anything, it's that sometimes it's easier to speak our minds anonymously."

If that ain't the truth!

8. "I think that you might be so sure that you're one in a million, that sometimes you forget that out there you're just one in 11."

In other words, be a team player, okay?!

9. "I feel like we fell out of the lucky tree and hit every branch on the way down, ended up in a pool of cash and Sour Patch Kids."

10. "It's just a group of people who care, Roy. Not unlike folks at a hip-hop concert whose hands are not in the air."

Put those hands in the air and wave 'em like you just don't care!

11. "If you care about someone, and you got a little love in your heart, there ain't nothing you can't get through together."

Who needs couples' counseling when you have the above quote?

12. "Your body is like day-old rice. If it ain't warmed up properly, something real bad could happen."

Remember this the next time you decide to go for a run without stretching.

What's that saying? You scream, I scream, we all scream for ... Billy Joel?

14. "I promise you there is something worse out there than being sad, and that's being alone and being sad. Ain't no one in this room alone."

Is someone cutting onions in here?

15. "There's two buttons I never like to hit: that's panic and snooze."

I, unfortunately, liked to hit both, multiple times per day, but I'll try to be better about that.

16. "I believe in Communism. Rom-communism, that is. If Tom Hanks and Meg Ryan can go through some heartfelt struggles and still end up happy, then so can we."

Thinking about becoming a politician just to make this an official political ideology.

17. "If God would have wanted games to end in a tie, she wouldn't have invented numbers."

No, no she would not have.

18. "I've never been embarrassed about having streaks in my drawers. You know, it's all part of growing up."

An embarrassing but impressive metaphor about tying a whole bunch of soccer matches.

This one is just *chef's kiss.*

20. "This woman is strong, confident, and powerful. Boss, I tell you, I'd hate to see you and Michelle Obama arm wrestle, but I wouldn't be able take my eyes off of it, either."

Get you an employee who compares you to Michelle Obama and then puts you into an imaginary scenario in which you are arm wrestling her.

Okay, using this logic: Ted Lasso is bad, you know, in the '80s sense of the word. 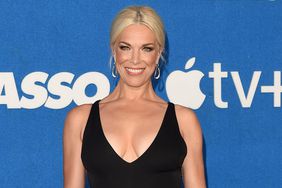