Only in Los Angeles! While taking a break from touring with Rascal Flatts, Taylor Swift stopped by the Beverly Center in L.A. to do a little shopping with her mom — and bumped into this season’s resident Idol country singer Kristy Lee Cook.

“I saw this girl standing at the top of the escalators and I realized it was Kristy Lee Cook!!,” Swift, 18, writes on her Celebrity MySpace blog in a recent entry. “She introduced herself, and we stood there talking for like twenty minutes. She was so sweet and invited me to come watch American Idol the next night!

And when an Idol lets you in on one of the hottest tickets in town you just simply have to jump on the offer, according to Swift.

“It was so cool watching it live,” writes Swift, who sat in the audience during Tuesday’s show. Getting the full VIP treatment, the country star headed backstage after the show to meet with the contestants. “We all hung out and took pictures and it was so cool,” she gushes. “They were all so fun and I loved the whole experience.”

Refocusing on her important mission — shopping! — Swift says she, “got a bunch of new performance dresses to wear on tour.” One even makes her look like “a walking disco ball” she writes.

As for the tour it’s “so much fun! Rascal Flatts just walk onto my bus and say hi. The guys are so down to earth. It’s so cool.” Charley Gallay/WireImage; Phil McCarten/AP 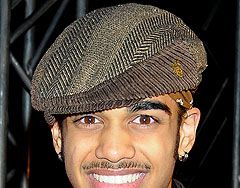 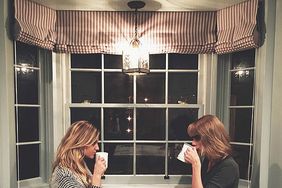