Sources reveal Today's Tamron Hall was furious to learn she'd lost her time slot because of Megyn Kelly, and took it as her cue to leave NBC

Last week, news broke that the ever-bubbly co-anchor was suddenly leaving NBC and the Today show just days after learning she’d be losing her 9 a.m. time slot because of the incoming former Fox News star Megyn Kelly, joining the show in September.

The fallout from the news left many shocked and disappointed, including top brass at the network. “We are disappointed that she has chosen to leave but we wish her all of the best,” NBC said in a joint statement with Hall, who added she was “excited about the next chapter.”

But in this week’s issue of PEOPLE, sources reveal what really went wrong, and why Hall, 46, an accomplished journalist who for a decade had worked her way up through the ranks at NBC, felt compelled to walk away from her dream job.

Only a couple weeks ago, things seemed to be going extremely well for Hall. On top of anchoring gigs at MSNBC Live and Dateline, she’d recently been enjoying added exposure at Today, filling in early mornings during host Savannah Guthrie’s maternity leave and hosting the 9 a.m. hour alongside Al Roker following Billy Bush’s abrupt departure in October amid the election scandal.

“Just a few days before all of this happened, she received an email [from an exec] congratulating the team for being number one,” a source close to Hall tells PEOPLE, noting that the pair had managed to outpace ABC’s long-running Live with Kelly in the key news demo for several weeks. “Then all of a sudden, it was like it vanished: Megyn Kelly is coming onboard, and who’s going to have to move? Tamron. That’s who.”

But a source close to the situation insists Hall had long been made aware that her current time slot was not set in stone. “The idea that she could have been at all surprised rings totally false. In the brief period of time in which she has been part of the 9 a.m. hour ensemble, the ratings have only shrunk.”

The source continues, “Tamron was told many months ago, a long-term commitment could not be made to her regarding the 9 a.m. hour, but she was offered many millions of dollars to remain at Today and the network.” When it comes to her colleagues, the source contends that “The staff is hurt and bewildered, and thinks once again Tamron has put herself above the team.”

Multiple sources tell PEOPLE that Hall was equal parts furious, hurt and offended that she was essentially losing her highest profile role to Kelly, with nothing being offered in its place. Hall saw the move as a “demotion” and she wasn’t alone. The National Association of Black Journalists decried NBC’s decision to trade Hall and Roker’s show for the staunch conservative stylings of a high-profile Fox News alum as “whitewashing.” (A rep for the network countered: “NBC News has a long and proven history as an industry leader in newsroom diversity.” The network later agreed to meet with representatives of NABJ to discuss the matter.)

As for Hall’s final decision to move on, “She wasn’t going to settle for sitting on the sidelines,” says the Hall source. In the end, “She basically said thank you, but no thank you,” adds the anchor’s good friend, TV writer-producer Mara Brock Akil, who used Hall as the muse for Gabrielle Union’s career-driven character on the hit BET show Being Mary Jane. “Tamron’s a woman of integrity,” she continues, “and she’s writing her own story.”

Hall’s story has always been one of ambition. Growing up in the small, rural town of Luling, Texas, “I wanted to be Johnny Carson,” she told PEOPLE last March in a revealing sit-down, opening up about her life and family tragedy (Hall’s sister Renate was murdered in 2004). “I was a nosy kid. I was journaling and interviewing neighbors when I was like 4 and 5,” she said.

Related Video: The Story Behind the Story: Tamron Hall Opens Up About Her Sister’s Unsolved Murder

Later, she found inspiration in the form of Dallas’ first African-American news anchor, Iola Johnson. “It wasn’t until I saw someone that looked like me that made me know I could do it,” she said.

Thus, when Today came calling, making her an official co-anchor in 2014, she was truly honored. “My mother called me and said ‘You know I was reading somewhere that you will be the first black woman to host the Today show ever’… I just started crying,” Hall told PEOPLE. “With all the adversities, there I was accomplishing something beyond anything that I imagined.”

She relished her unique position on the show. “I know it’s rare to have a single black woman on morning TV,” Hall told PEOPLE. “I love my job and the relationship I have with the viewers.” But now, as Hall mulls her next move, the self-proclaimed workaholic is finally getting some time to focus on herself. As her pal Brock Akil says, “She deserves it.” 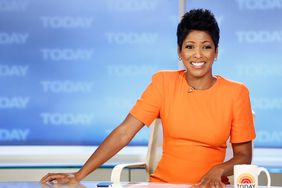 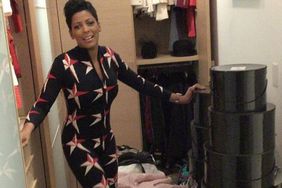 What to Know About Tamron Hall's Husband Steven Greener 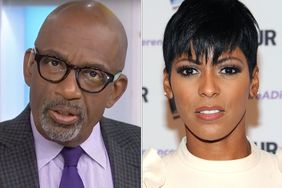