Tamron Hall Opens Up After 'Today' Exit, Talks Her Big Return to TV in 2019: 'It's Surreal'

The former Today host is moving on and gearing up for her next big chapter, with a new daytime show coming in 2019

When Tamron Hall first left the Today show in February 2017, she didn’t know what was next.

“I decided to take a leap of faith,” says Hall, 48, who left NBC when it was announced Megyn Kelly was taking her old morning time slot. “I knew I would have to trust my gut and that I could be a part of something that would reflect who I am as a person, as a journalist, as a woman.”

Hall stayed busy with speaking engagements, supporting domestic abuse charity Safe Horizon in honor of her late sister and as the host of the ID Network’s Deadline Crime, but it was recently announced that she’ll soon return to daytime TV with her own syndicated talk show, set to premiere in 2019.

“We have a long road ahead,” she tells PEOPLE in this week’s issue, on stands now. “But [I’m] certainly celebrating.”

The new show, “will allow me to be where I love to hang out most, which is with people,” she says.

And it will allow her to be her full self.

As her career revs back up, she admits, “I wish I could say I’ve gotten as much sleep as I promised myself I would get” after leaving Today, “but the trade-off is worth it.” 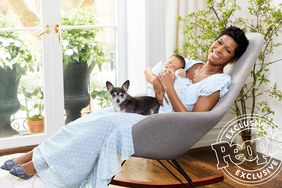 How Tamron Hall's Emotional Exit from NBC Changed Her Life