Tamra Judge has trimmed down and bulked up ahead of a bodybuilding competition – and the Real Housewives of Orange County star is showing off the product of her hard work.

The 48-year-old mom of three shared a series of bikini pictures on Instagram this week, ahead of the May 28th Orange County, California, MuscleMania natural bodybuilding competition, in which she’s participating.

In the latest photo, posted to Instagram, Tuesday, Judge stood next to a surfboard in only a black bikini and high heels. The reality star wore a black hat reading “Goal Digger.”

“Posing class with @mia_finnegan,” Judge wrote, tagging fitness trainer Mia Finnegan. “Wait until you see what’s happening with this surfboard on May 28.”

Earlier in the week, Judge posed in a pink bikini, jokingly writing, “Just holding this wall.”

She added, “Less than 3 weeks away and I feel far from ready. It’s crunch time baby.”

Judge – who owns CUT Fitness gym in Margarita, California, with husband Eddie Judge – has brought followers along on her training process for the competition, sharing weightlifting videos and transformation pictures.

RELATED: Real Housewives of Orange County Star Vicki Gunvalson Takes You Behind the Scenes of Her Fiesta Party

Last week, Judge gave a progress report on Instagram, writing, “I’ve been training with @mia_finnegan for 5 months to prepare for my first fitness competition. I’ve learned so much along the way.”

She continued, “It’s been mentally & physically exhausting at times. But I’ve never wanted to give up. I have lost 14 pounds of fat and gained 12 pounds of muscle. I’m not where I want to be YET but d— proud of what I’ve accomplished so far. Setting personal goals and becoming a better person inside and out.”

Judge noted that the process was “so much more than throwing weights and eating fish and veggies.”

“Self discipline is not easy and yes I slip up (had a few drinks) but I’m stronger than ever and my carb deprived mind won’t get in my way.” 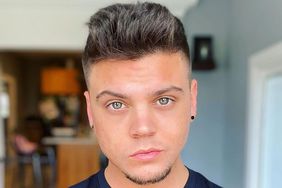 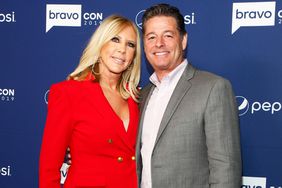