Téa Leoni: 'I Don't Know How I Could Ever Hate' David Duchovny

The actress talks about her recent divorce and her new show, Madam Secretary

Téa Leoni is in a fresh phase of her life – she’s got a new project, starring in the title role of Madam Secretary, and is newly single, having split with husband David Duchovny this summer after 17 years of marriage.

But the actress, 48, isn’t bitter about the divorce.

“Listen, David gave me the two greatest gifts on the planet; I don’t know how I could ever hate him. We’ve always loved each other, and we adore these kids,” she tells Parade in this week’s issue.

“I’m not playing stupid – I understand feelings can get hurt and things can get icky. We’ve had our moments like that. But these kids are too important, and he feels the same way, I know it. He’s a good guy There was that brief moment when the kids said, ‘Oh, I can work a scam on you here and him over there,’ and we were like, ‘News flash – no!’ ”

And negotiating with her two children, son Kyd Miller, 12, and Madelaine West, 15, isn’t the only time Leoni enters the arena of high-stakes diplomacy. The actress was intrigued by the idea of playing secretary of state in the new CBS drama and even discussed the role with Madeleine Albright.

Leoni feels confident that the show’s producers – Morgan Freeman is one of them; he hatched the idea for the series – will help her ensure that her character hits all the right notes.

“I knew Morgan was going to protect this character,” she says. “He was never going to let it become Madam Sexetary. 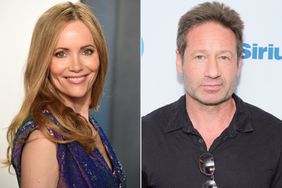 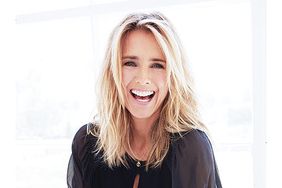 Téa Leoni: 'I Earned Every Line On My Face' 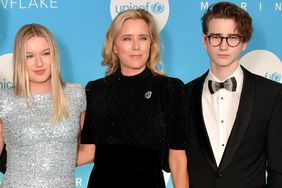 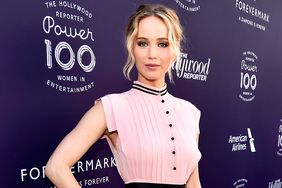