With all the talented contestants dancing their way through difficult routines on So You Think You Can Dance, no one is really safe. Each week, six dancers — even favorites — enter the bottom three and two must go. That means top-rated dancers are dancing for their lives, placing a lot of importance on the individual routines. But oddly enough, something is definitely lacking in the solo department, which was the case for Asuka and Jonathan on Thursday’s elimination show.

After another routine that landed Asuka back in the bottom three, she was given one more chance to solo her way back into the competition. But Nigel, who spoke to PEOPLE after the show, admitted the solo was “terrible” enough to unanimously cut the Latin ballroom dancer.

Her partner, Vitolio, was saved by weak solos from Jason and Jonathan, but was also warned that come next week, he may not be so lucky.

As for Jonathan, was it his repetitive solo, choreographer Dave Scott‘s routine or a hip-hop curse that sent him home?

Either way, their departures, along with their fellow bottom three, may lead fans to question choreographers, something Toni Basil argues is not a fair assumption. “The choreographers can only step it up to a certain level as a result of who they are dealing with,” she said after the show. “If they grab two contestants who don’t even begin to do their style, there’s not much they can do about it.”

Before the business of eliminations kicked off, Nigel gave a heartfelt and poignant tribute to Ed McMahon, Farah Fawcett and King of Pop Michael Jackson on a show that brought the next generation to the stage with a kid-tossing routine from The Rage Boys Crew and a performance by Aussie duo The Veronicas, who rocked the house with their new single, “Take Me on the Floor.” –Jed Dreben

Tell us: Did the right two go home on SYTYCD? Are the choreographers ever to blame for an elimination?Michael Caulfield/WireImage

Two More Go Home on 'So You Think You Can Dance' 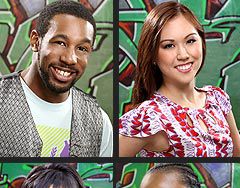 Brandon Steals the Show on 'SYTYCD' !

SYTYCD Recap: The Partners Switch It Up! 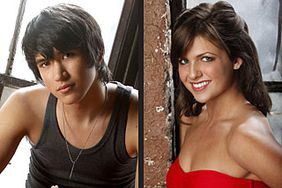 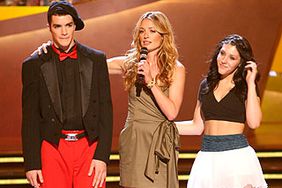