For a while, it looked like Tasha Fox could win Survivor: Cagayan. Even though she was down in numbers, the 37-year-old accountant from St. Louis proved to be a likable strategist, surviving until the final 6.

After winning three immunity challenges in a row, Fox was considered a threat and voted out as soon as she lost a challenge on day 33.

It was a painful vote off, but Fox has taken it in stride.

“I’m not at all bitter,” she tells PEOPLE. “I had an amazing time.”

Fox breaks down what went wrong – and who is playing a surprisingly strong game.

Watching the season, it seemed like you were smiling all the time. Why?
I was having the time of my life. There was nothing about this experience I didn’t love.

But when Kass flipped at the merge, you lost your numbers – and ultimately your game. Yet you were smiling.
I was like, ‘All right, so this is how it’s going to be. Game on.’ I was thinking how much I used to sit on the couch and scream when people would make moves like this. And now I was a part of it. It was just so exciting.

This season seems to have a lot of people who really love the game.
Everyone in the final 6 really loved the game and had watched it for years. None of us were recruited, we all applied to play the game. I was there to play! We all were.

So who did you want as your Final 3?
At the merge, I wanted it to be me, Kass and Morgan. I think I could have won with them.

But wait – Kass said she was on the bottom of your six-person alliance, which is why she flipped?
She was never on the bottom of the 6, she was in everyone’s plans. I think that she said she was on the bottom, because she wanted to explain her bad, emotional decision. She wanted to get rid of Sarah, period, and wasn’t willing to wait. It’s easier to say, ‘I was on the bottom of the 6’ than to say, ‘I flipped unnecessarily because I wanted the five-minute satisfaction of getting rid of Sarah.’ Don’t use us as a scapegoat. Even if she makes the final 3 now, she has made the road much tougher for herself because she could have gotten there without betraying anyone.

So once you lost the numbers, what did you do to keep yourself in the game?
I noticed that the majority tribe was full of worker bees, so I began to work very hard. I gave them a reason to want to keep me in the game. In Survivor, if you can stay for just a few more days, you never know how you can squeeze yourself into an alliance.

What has surprised you?
Watching the show, I’ve been very surprised about Trish. I was attributing Tony’s success to Tony, when in fact Trish had a big hand in making things happen. She cleaned things up for Tony, she kept him calm. She knew her role and played it well. So Tony gets all the credit, but Trish was really responsible for his success. And there are the two times that he blindsided her, which makes him a stronger candidate if they make the finals together. It all depends on how bitter the jury is.

You had a good social game out there. People seemed to like you.
There were some people out there who would get on my nerves, but I really did like everyone out there. We were having a fantastic experience together! I was trying to play a social game, but I think a lot of the connections were genuine, too.

You were initially on the Brains tribe, but you had quite the immunity run.
I feel like I could have been on the Brawn tribe, too. I was an athlete in school. I was competitive. You know that first immunity when Woo won? I really could have stayed on that perch for longer, but I didn’t see the need for immunity and putting a target on me. But once I needed immunity, I really tried to pull it out. On one hand, I needed immunity to stay in the game. On the other hand, I got myself into a position where when I lost immunity, I’d be voted out immediately. I made myself a threat.

Everyone has a fatal error when they lose Survivor. What was yours?
I could have tried to draw rocks at the auction to try to get an advantage at the game. I was expecting one more auction item, so my gamble didn’t pay off. I don’t know if it would have helped. Even if I had gotten the clue, I don’t know if I would have gotten the idol. But yeah, I could have done that. I felt like I did everything I could do with the circumstances that I was given. 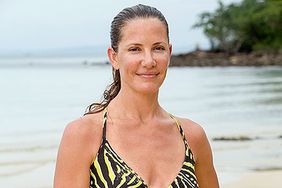 Kelly Wiglesworth: I Wasn't Going to Change Who I Am for 'Survivor' 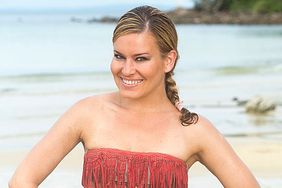 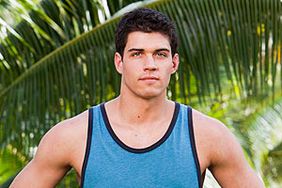 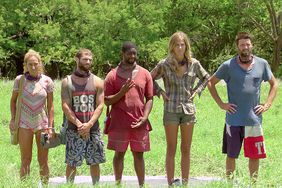 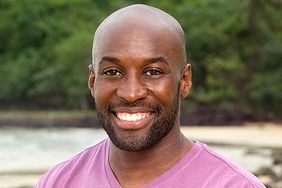 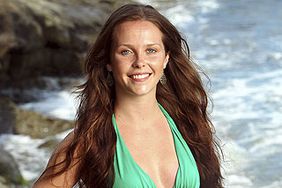 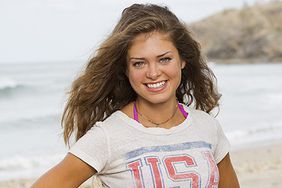 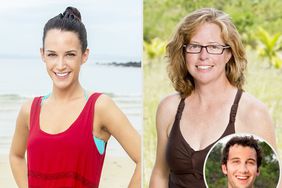 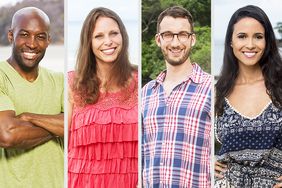 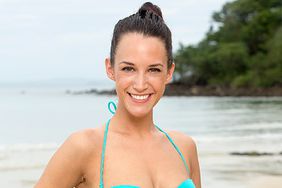 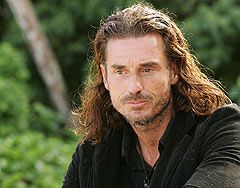 'Survivor' 's Coach: 'It Was a Total Blindside' 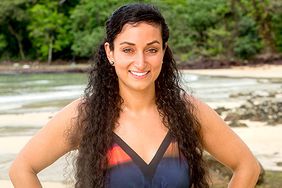 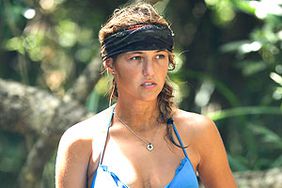