The reality stars got engaged in April after meeting on Survivor: Worlds Apart in 2014

When Joe Anglim and Sierra Dawn Thomas met during the filming of 2014’s Survivor: Worlds Apart, there was an immediate attraction. Although they were on two different tribes, they caught each other’s eye immediately. Anglim, who earned the nickname ‘Joey Amazing,’ couldn’t help but notice the statuesque blonde on the other tribe.

“She was just beautiful,” Anglim told PEOPLE earlier this year. “You could see that right away.”

But a funny thing happened after Worlds Apart stopped filming: Anglim and Thomas became close friends. Time passed, and the friendship became romantic. Last April, nearly five years after they met, Anglim popped the question at sunset during a road trip from Arizona to Utah.

“I had no idea it was coming,” Thomas told PEOPLE at the time, “but we’re going to live happily ever after!”

On Saturday, the couple took the next step to their happily ever after, saying “I do” at The Hideaway on Angel, a wedding venue in Layton, Utah. Anglim wore a gray tuxedo from DC Tuxedos; Thomas stunned in a long white fringe gown from Naama & Anat Haute Couture.

Survivor‘s Joe Anglim and Sierra Dawn Thomas Are Engaged: Inside the Emotional Proposal

Following the romantic wedding weekend, Thomas, 32, shared a photo of her and Anglim, 31, on Instagram.

“My Prince Charming, my forever…,” she captioned the photo. “Thank you to our family and friends who made this night more than we ever could’ve imagined. Your love and support was poured upon us and we’ve never felt more lucky for each and everyone of you.”

Andrew Savage, Terry Deitz and Monica Padilla — all from Anglim’s second season, Second Chances — were also there, as were Edge of Extinction contestants Aubry Bracco and Chris Underwood.

Many of the cast members posted photos from the wedding.

“Think about this if @sierra_dawn_ votes @janglim21 out instead of @joaqsworld would we even be here today???,” Holloway captioned a group selfie that included the bride and groom. “So proud to call you my family. So happy for you. We all Love you so so much. #Dirty30 #outwedoutloveoutlast.”

Brown also shared a photo of the reality stars from the wedding, joking about the time Thomas voted out Anglim during their season: “Remember when Sierra voted out Joe? #outwedoutloveoutlast #dirty30,” she wrote.

Bracco, who played alongside Thomas in Survivor: Game Changers and Anglim in Edge of Extinction, shared a series of photos from the weekend event in an Instagram post with a heartfelt caption.

“@sierra_dawn_ & @janglim21 thank you from the bottom of my heart for sharing your love with all of us last night — pick your favorite love story and yours out-gallops it to the edge of the universe and back,” she wrote. “Another thank you for sharing your families and friends with us — the love filled and overflowed out of that space. I’m grateful I had the chance to meet and reconnect with your UT/AZs and our wild Survivor crew. Here’s to you, Mr. and Mrs. Anglim. ❤️.”

Anglim most recently appeared on Survivor: Edge of Extinction earlier this year. He previously competed on Worlds Apart and Second Chances and was voted off after being perceived as a physical threat.

Thomas finished Worlds Apart in 5th place, before returning to Survivor: Game Changers, where she was voted out on day 32.

Anglim weighed in on the nuptials on Tuesday morning.

“No words to describe how full my heart is after this weekend,” he wrote on Twitter. “I married the love of my life, my soulmate, twin flame and very best friend. We have been blessed with incredible families, friends, and complete strangers who have affirmed us in more ways than we could ever imagine.” 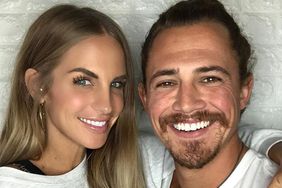 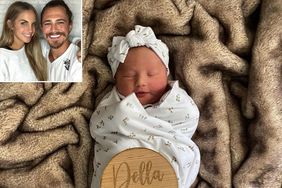