Jason Momoa isn’t who you think he is.

Fans expecting to see the famously muscular Aquaman star sudsing up in a bathtub got quite the shock when his Rocket Mortgage Quicken Loans commercial hilariously revealed a whole new side to the actor.

The ad, which aired during the first half of the 2020 Super Bowl, begins believably enough, with Momoa asking, “What does home mean to me?” as he drives past paparazzi trying to get his attention just outside his house. “It’s my sanctuary,” he says as he pulls up.

“It’s the one place where I can let my guard down,” he adds as he enters the house and begins to take off his shoes.

“It’s where I can just kick back and be totally comfortable in my own skin,” he reveals — and that’s when things get, er, weird. The actor detaches his beloved buff arms to reveal thin ones.

Momoa then shockingly peels back his ab-tastic torso and tosses it aside, revealing a thinner body underneath.

The surprises didn’t stop there: to achieve maximum comfort, the actor then proceeds to tug on his hairline, which proves to be a wig.

To finish off the ad, Momoa attempts to bench press a weightless barbell as wife Lisa Bonet offers words of encouragement. “Take it,” he begs her repeatedly.

Before the commercial aired, Momoa posted several short clips in the week leading up to game time, showing some of the more unexpected ways he likes to get “comfortable at home.”

One of the silly videos, posted Friday, begins with a closeup shot of Momoa’s jawline as the actor speaks into a pink hairbrush in the bathroom mirror while saying, “But you’ve never seen Jason Momoa like this.”

From there, viewers watch as Momoa flips through a romance novel in the tub (while wearing his trademark mane in a pair of space buns), plucks his eyebrows, and even practices pronouncing his last name. “It’s a fun word to say,” he quips.

Speaking about the ad, Quicken Loans CMO Casey Hurbis said that it was actually Rocket Mortgage’s idea to bring on the movie star.

“They pitched us this idea very early on with Jason in it; we fell in love,” Hurbis told Ad Week.

The 49ers and the Chiefs are facing off at Super Bowl LIV on Sunday in Miami at the Hard Rock Stadium. The game is airing on FOX. 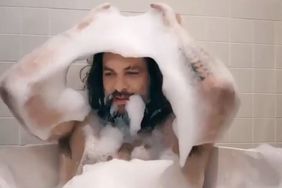 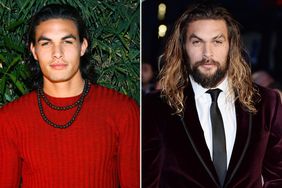 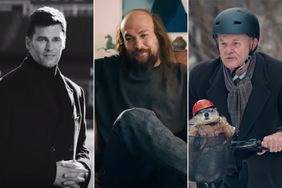