Sunni Welles was one of the dozens of women who came forward and accused Bill Cosby of drugging, rape, sexual assault and other sexual misconducts

Sunni Welles — an actress, dancer and musician who accused Bill Cosby of sexual assault — has died. She was 72.

"It is with profound sadness that I announce that my mother, Sunni Kay Welles, passed away today at the age of 72," her son, film producer Shaun O'Banion, announced on Monday.

"If you have a moment, give a listen and think of her," he tweeting, sharing a link to one of her performances. "She was an extraordinary woman."

O'Banion told Variety that his mother died in Downey, California, after struggling with lung cancer.

Born Nancy Kay Rihl, Welles kicked off her acting career at 10 years old and appeared TV shows such Leave It to Beaver and My Three Sons, according to the outlet. She adopted her stage name when she was a teenager.

Her other acting credits also include Quincy M.E. and O'Banion's 2004 short film Lift.

Outside of acting, Welles was also a gifted dancer and musician. She was a principal dancer with the Folies Bergère musical variety show after moving to Las Vegas in 1979 and performed as a jazz singer with her band Shiver during the late 1990s.

In 2015, Welles accused Cosby of sexually assaulting her when she was 17 after meeting him on the set of I Spy in the 1960s. She was one of the dozens of women who came forward and accused Cosby of drugging, rape, sexual assault and other sexual misconducts.

In a statement released through her lawyer, Gloria Allred, Welles alleged that Cosby invited her to a jazz club, where she ordered a Coca-Cola, and "things began to become blurry." Welles said that she didn't remember leaving the club or driving anywhere else, but did remember "waking up naked in a bed alone in a sparsely furnished apartment" and feeling as if she had had sex. After asking Cosby about the night, Welles claimed that the actor told her she drank a lot of champagne and he brought her to the apartment to sleep it off.

The actress alleged in her statement that Cosby later invited her out to the Magic Castle, where she again drank a Coca-Cola and woke up "in the same room alone and naked." Welles said she never spoke to Cosby again.

Though Cosby convicted of sexual assault in 2018, his conviction was overturned by the Pennsylvania Supreme Court in June.

According to Variety, there are currently no funeral services planned for Welles, though her family and friends have been encouraged to make a donation to RAINN — the nation's largest nonprofit for survivors of sexual violence — in her honor. 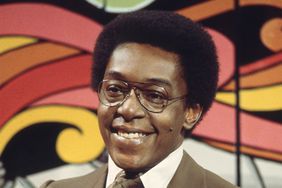