Succession season 3 will debut at 9 p.m. ET/PT on HBO and will be available to stream on HBO Max

Although the plot of HBO's Succession focuses on who, among the four Roy children, will take over the family's media conglomerate once their ailing father is no longer able to fulfill his duties, two side players have emerged to steal the spotlight as possible contenders.

The writers of the Emmy-nominated show made a smart move by developing the relationship between Shiv Roy's husband Tom (Matthew Macfadyen) and the Roy children's cousin Greg (Nicholas Braun) during season 2, after their interesting power dynamic brought spurts of comic relief to the drama during season 1. Fans will have to wait and see where Tom and cousin Greg fall in the Roy family's line of succession, but in the meantime, take a look back at a few of the show's best scenes featuring the fan-favorite duo.

Leave it to Tom to catch cousin Greg in some of his lowest moments, like the time he wore deck shoes to work and got caught stuffing office cookies into a poop bag.

When Tom is faced with the task of shredding shady documents at work, there's one person he looks to to do his dirty work: cousin Greg. Tom doesn't hesitate to try and reel Greg in during this hilarious exchange, in which the Roy in-law gets caught on speakerphone tormenting Greg.

When it comes to fine dining, only the uber-rich find ways to elevate their eating experiences to new (and sometimes strange) heights. In this scene, Tom orders a rare dish "that's also kind of illegal" that's supposed to be enjoyed under the privacy of your own napkin to "mask the shame" or "heighten the pleasure," depending on who you ask.

After an entire season of being Tom's punching bag, Greg learns to speak up — but only in the most Greg way possible. Through a sudden lack of enthusiasm and nervous stares, Greg finally explains why ATN isn't a good choice for him but Tom (unsurprisingly) shoots him down.

The Student Becomes the Master

Greg may have done Tom's dirty work by shredding documents for the Roy family business, but what the family doesn't know is that he saved a few docs to keep in his back pocket in case he has to use them one day. This scene shows the beginning of Greg trying to play the game, and like a proud father, Tom beaming at the thought of little Greg trying to blackmail him. 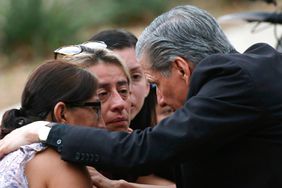 2 Sets of Cousins Were Killed in Texas School Shooting: 'May Your Passing Not Be in Vain' 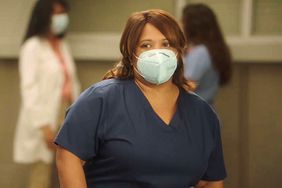