It’s going to be on strange summer of for the kids of Hawkins, Indiana.

On Wednesday, Netflix dropped the first full-length trailer for this summer’s highly anticipated third season of Stranger Things. And it seems our favorite group of bike-riding, Demogorgon-fighting kids will be battling a whole new monster in season 3: their teenage years.

Set to the Who’s “Baba O’Riley,” the trailer follows Mike (Finn Wolfhard), Eleven (Millie Bobby Brown), Dustin (Gaten Matarazzo), Lucas (Caleb McLaughlin), Will (Noah Schnapp) and Max (Sadie Sink) as they navigate their way through the summer of ’85 in the mysterious Midwestern town.

All may look well, as the gang hits the typical ’80s hangout spots like the mall, the pool, and the county fair. But there are big changes afoot.

“We’re not kids anymore,” says Mike. “I mean, what did you think? We’re just going to sit in my basement all day?”

Unfortunately, there seems to be another big bad thing on the way — in the form of a gooey slimy monster who materializes by the trailer’s end.

Stranger Things Is Officially Coming Back on July 4th: ‘One Summer Can Change Everything’

Helping them in battle will be old friends and new.

As for how it all plays out, that still remains a mystery — but if the show’s season 3 tagline is to be believed, there are major shifts coming.

“One Summer Can Change Everything,” it reads.

Its third season was last teased minutes into 2019, with a clip dropping appropriately showing a video of the late Dick Clark counting down to the new year back in 1985, when the show is set.

Back in December, another teaser trailer its episode titles — “Suzie, Do You Copy?,” “The Mall Rats,” “The Case of the Missing Lifeguard,” “The Sauna Test,” “The Source,” “The Birthday,” “The Bite,” and “The Battle of Starcourt” — but not much more.

The acclaimed series was nominated for five Emmy Awards in 2018, including outstanding drama series, outstanding directing, and outstanding writing. Brown and Harbour also earned nominations for their performances, respectively. In September, the show took home the title of outstanding sound editing for a comedy or drama series (one hour). 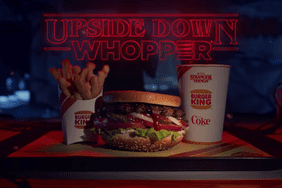 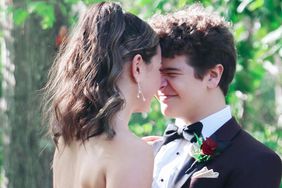