“One whole day is enough time to turn anybody’s head around.” — Sandra Diaz-Twine, Winner, Pearl Islands and Heroes vs. Villains

Survivor, with a special guest star? Wait a minute, are they stranded on Gilligan’s Island?

When John Cochran stepped onto Debbie’s boat asking, “Hope it’s okay if I join ya!” it marked a major evolution in the history of the show: the first time a contestant has ever appeared on Survivor (at least the US version) while not being part of the game itself or a family visit.

So what’s next for the show? Could a tribe win J.T. as a reward so he could help them build a shelter? Russell Hantz will find you an idol? Wanda Shirk shows up to sing a bedtime song?

Fortunately, Cochran didn’t jump the Shirk. I was delighted to see him swan into Survivor as an elder statesman of strategy. And I kind of even like the idea of winning a special strategy consultation with an expert in the game. When everybody around you is lying to your face, it can be invaluable to have a non-biased conversation.

However, Cochran runs into one big problem: Debbie doesn’t think she needs any help.

“This has to be a little nerve-racking to be separated from the tribe,” Cochran says.

“Do you have any fears?” Cochran asks.

Cochran does a fantastic job of homing in on Debbie’s overconfidence. And maybe he nudges her to be a little more self-aware. (Though I was reminded of Tyson’s quixotic heart-to-heart with Coach in Heroes vs. Villains).

The real gift that Cochran offers is a shoulder to cry on (and a few pats on the back). You hold a lot of emotion in on Survivor. A simple conversation with someone who’s not out to get you can offer a tremendous release.

Oh, and that extra vote could be useful, too. Debbie’s new tribe will absolutely be wondering if she had access to an idol on “Exile.” Hopefully her new Cochran-inspired perspective can help her invent a plausible lie.

Farewell to the Queen

Even with the odds stacked against her, Sandra played incredibly well. While Varner was fully gulled by Zeke’s lie that Tai was the target, Sandra immediately saw through the falsehood.

“It would be stupid of them not to get rid of me or Varner,” she says.

That right there is the difference between good Survivor play and bad. Poor players believe what they want to believe. Good players try to put themselves in their opponents’ positions, imagine what is best for them and then act accordingly.

Realizing she is on the ropes, Sandra makes a strong plea to the Nuku tribe. She notes that three contestants from Kaoh Rong are still in the game, and this is an opportunity to take one out.

“If you need someone to help you, protect you, I’ll keep my eyes and my ears open,” she promises them. “I can help you guys.”

Even on their guard, Nuku is tempted. “She doesn’t pressure you. Her voice never raises. It’s calm. She just starts to suck you in,” says Sarah. It sounds a little like she’s talking about witchcraft.

At Tribal Council, Sandra works her voodoo on Tai, lulling him into making a play against Ozzy — and then immediately telling the tribe she’ll happily vote Tai out.

If Sandra was anybody other than QUEEN SANDRA (all caps), it might have worked. But Sandra is simply too big a target.

In her past seasons, Sandra was able to avoid the spotlight. “The reason I probably was able to get where I am now is because people had other agendas,” she said during the final tribal in Pearl Islands. But she entered Game Changers as a marquee player.

Sandra did what she always does — she adapted. If she was to be a bigger target, then she would play a bigger game. She took control of her tribe and voted out Tony and then J.T. But eliminating the other massive threats — and specifically the other winners — left her exposed.

A Fishy to Zeke and the rest of the Nuku tribe who take their opportunity to eliminate arguably the game’s most dangerous player.

Meanwhile, Tai joins Tony and Russell Hantz in the “3 Idol Club” — the very small group of individuals who have found three idols in a season. Finding idols is not easy. When you’re in a jungle, every tree looks like it could be significant. I wonder if Tai’s work as a gardener has given him an acute “idol sense” of the scenery. 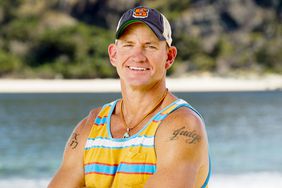 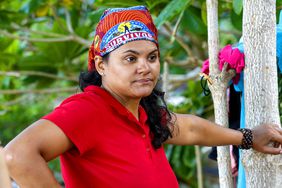 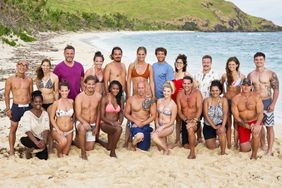 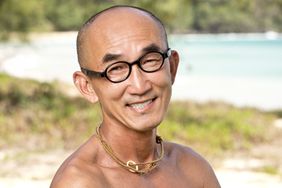 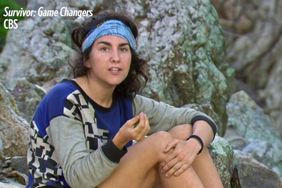