The turbulence continues for the Pratt family.

On Tuesday, The Hills: New Beginnings star Stephanie Pratt unleashed her fury against brother Spencer Pratt and his wife, Heidi Montag — both of whom she has feuded with for years — in a lengthy Instagram post.

At the beginning of her post, Stephanie, 33, revealed she was back in London, where she lived prior to returning to California for filming of The Hills reboot. After saying that “evil siblings” did not exist in London, she went on the offensive against her brother and sister-in-law.

“Spencer often screamed that everyone hates me, is fake nice to me and to go back to London because no one wants me here,” she wrote. “Omg and Heidi- I have no words for how evil you truly are- you had no choice to admit all of the lies you’ve been spewing about me was for a magazine cover 🙈 and for real WE ALL KNOW WHAT YOU DID 10 years ago. You awful human being- and to your BEST FRIEND? You are truly a hideous person. No wonder you don’t have 1 friend (your nanny doesn’t count- you pay her).”

Stephanie’s “best friend” reference likely refers to the original The Hills series, which saw the downfall of Montag’s friendship with Lauren Conrad.

Continuing her Instagram post, Stephanie then thanked her costar Justin Bobby for being her “rock” during the show, but denied claims that the two hooked up — and slammed costar Audrina Patridge for spreading the alleged lie.

“No one plays a better victim than you,” Stephanie wrote of Patridge, 34. “(OMG you actually should go into acting)!!! Ughhh and all the months you spent trying to get all of the girls against me… I mean thats Speidi’s job!!! Truth: I did not watch last nights episode Bc I didn’t want to re-live my ‘friend’ attacking my character & making up lies about me when I have ALWAYS been a good friend to you.”

After insisting that she “can’t be anything except straight up REAL,” the reality star concluded her post by congratulating the show for getting a second season renewal, which MTV announced on Monday.

While Montag did not directly comment on her sister-in-law’s post, she did share a cryptic photo on Instagram of a rainbow, with the caption, “Don’t be hateful to people, just because they are hateful to you. Rather, be good to each other and to everyone else.”

Ahead of The Hills: New Beginnings premiere, Stephanie claimed on her IHeartRadio’s Pratt Cast podcast in April that “no one knows the real Heidi,” and that she and her brother, 35, were no longer on speaking terms.

The feud between the three has played out throughout the MTV series, most notably in the second episode, when a verbal altercation ensued between them during Stephanie’s welcome home party. 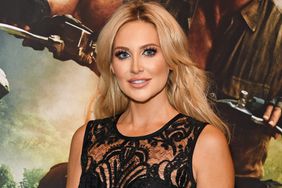 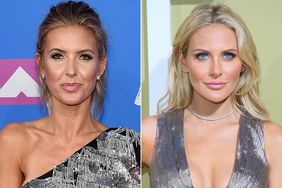 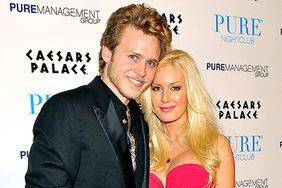 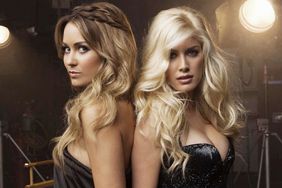 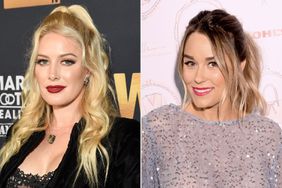