Hollywood is reeling in the wake of the news that Jussie Smollett was the victim of an apparent violent hate crime.

The Empire star was transported to the hospital at around 2 a.m. Tuesday in Chicago, TMZ first reported. The Chicago Police Department confirmed in a statement that a member of the hit Fox show was involved in a “racially-charged assault and battery.”

“Sending love to Jussie and the Smollett family after this horrific attack. We support you and pray that you find peace and justice,” John Legend tweeted.

Smollett’s Empire costar Vivica A. Fox tweeted, “I’m just now hearing the news about the senseless hate attack on my #EMPiRE Nephew @JussieSmollett IM SO ANGRY AND HURT ABOUT THIS! THIS MUST STOP!! SPREAD LOVE NOT HATE! PRAYERS UP TO U NEPHEW!”

His Empire costar Vivica A. Fox tweeted, “I’m just now hearing the news about the senseless hate attack on my #EMPiRE Nephew @JussieSmollett IM SO ANGRY AND HURT ABOUT THIS! THIS MUST STOP!! SPREAD LOVE NOT HATE! PRAYERS UP TO U NEPHEW!”

Empire executive producer Danny Strong also spoke out: “I’m deeply horrified and saddened by the racist and homophobic attacks against @JussieSmollett. He is a kind and profoundly talented soul whom I respect with all my heart. The terror of racism and homophobia has no place in our society, it is the most indecent way to live … whoever did this, do not forget that you are nothing but hate filled cowards while Jussie’s talent and activism will continue to shine a bright light on to the world for decades to come.”

Actor Matt Bomer wrote: “Sending my love and prayers to you @JussieSmollett. This is unacceptable and they will be brought to justice.”

“god bless jussie may he have all the support he needs healing from this. hella speechless. no words,” singer Kehlani tweeted.

“This is heartbreaking and terrifying…” tweeted Spider-Man: Far from Home star Zendaya. “Please pay attention to what’s happening here. Sending all my love to @JussieSmollett.”

“What kind of country do we live in,” he asked.

“I will burn your f–ing house down to protect @JussieSmollett,” he wrote. “Write that s— down.”

“No words. Love to you @JussieSmollett,” she tweeted.

“@JussieSmollett is one of the fiercest people I know,” tweeted Sister, Sister star Jackée Harry. “This hatred won’t stop his championing for a better world. If anything, it will probably motivate him more. It has me.”

“PRAYING for my friend Jussie,” tweeted Holly Robinson Peete. “…and for the HATE and intolerance that has grown in this country.”

According to Chicago PD, a “36-year-old man was walking … when two unknown offenders approached him and gained his attention by yelling out racial and homophobic slurs towards him. The offenders began to batter the victim with their hands about the face and poured an unknown chemical substance on the victim. At some point during the incident, one of the offenders wrapped a rope around the victim’s neck. The offenders fled the scene.”

The statement added that the victim was transported to Northwestern Hospital and is in “good condition.”

Smollett’s reps did not immediately respond to PEOPLE’s request for comment.

Smollett, 35, first spoke publicly about being gay on The Ellen DeGeneres Show in 2015, though he said he never considered himself to be in the closet.

In a statement about the attack to The Hollywood Reporter, GLAAD said it reached out to Fox and Smollett’s team to offer assistance. 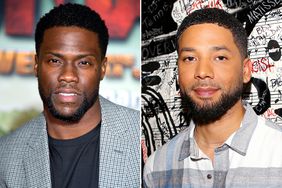 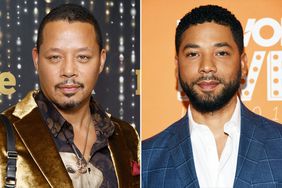 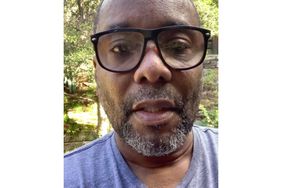 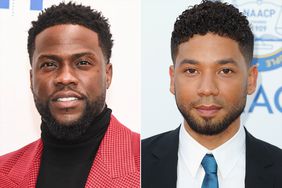 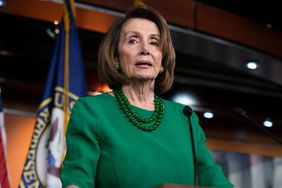