"Today I accept myself as a bisexual man. I have learned that sexual orientation is not binary, at least for me. I am capable of loving both sexes, and I have done both," he shared with Radar Online

Al Reynolds has come out as bisexual.

Reynolds, who split from former The View co-host Star Jones in 2008 after four years of marriage, revealed in an interview with Radar Online published Thursday that he is “capable of loving both sexes, and I have done both.”

“Ever since I have been in the public eye, people have been speculating on my sexuality. And ‘speculating’ is a kind word for how it actually played out. With anger and disdain, people have been calling me out as gay, closeted, a sham and even nastier; much nastier,” Reynolds began his post.

“I have come to a point in my life where I am ready to discuss my truth. I wasn’t ready to do this then — I wasn’t even ready to think about it, let alone process it. To understand my journey and how I got to this point, you need to understand a little about me,” he continued.

Reynolds explained that he is the youngest of six children and was raised in a devout Southern Baptist Family. “It was clear and proscribed, black and white, angels or sinners. And people who were intimate with others of their own gender were the worst of all with no chance of redemption, or the glorious afterlife that I was taught awaited us all,” he wrote.

He was candid in sharing that he faced a period of “tough times” in his life, which included “homelessness, unemployment, dependence on drugs and alcohol, public assistance, and, at the center of it all, a deep, deep shame and a feeling of unworthiness of the love of God. I didn’t believe I deserved to live a good life, and I clearly didn’t.”

WATCH: Star Jones on the Advice She’d Give Her Younger Self: ‘[I Was] Very Stupid When It Came to My Health’

But he proceeded to pour himself into education and the workforce, which opened his eyes to “people from all walks of life, with multi-dimensional points of views and lifestyles I could only imagine. Their ability to navigate the business world and have a fulfilling personal life was a revelation to me — you can have it all.”

While Reynolds admitted that there “have been speed bumps and sinkholes” throughout his journey, he has “learned gratitude for the lessons my merciful Savior has allowed me to experience and process. And I have become tougher, more empathetic, more open-minded and able to love greater, deeper and better, especially myself.”

“Today I accept myself as a bisexual man. I have learned that sexual orientation is not binary, at least for me. I am capable of loving both sexes, and I have done both,” he continued. “My relationships, all of them, have been honest and based on my attraction to the other person. When I am in love I don’t equivocate, nor do I waver.”

As for why Reynolds decided to share his truth now, he shared that he did it as an act of encouragement and hope. “I tell this story to both encourage my personal path, as well as give some small measure of hope to others that no matter your beginnings, no matter the obstacles, there is nothing so fulfilling and Godlike as living the life that was destined.”

“I will not live in fear or shame any longer,” he added.

Jones — who is now engaged to Ricardo Lugo — and Reynolds — he is seven years Jones’s junior — married in 2004 in an elaborate ceremony, complete with controversial corporate sponsors, that included 500 guests and the bride’s arrival at the church in a horse-drawn carriage. 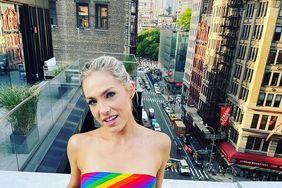 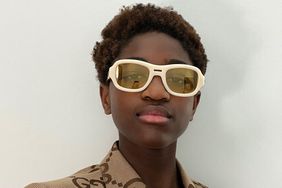 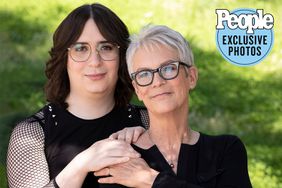 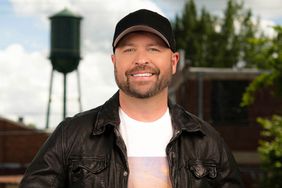