They've dated for nearly 17 years, but can Catherine Cooper and Lyle Mackenzie's relationship recover after she denied his proposal?

Catherine Cooper’s relationship with Lyle Mackenzie has been in a state of limbo since she turned down his marriage proposal on the Southern Charm Savannah season one finale. And though they’ve dated nearly 17 years, it appears their relationship might actually be over for good.

In PEOPLE’s exclusive clip from Monday’s episode, the pair come together nearly a year later to discuss going to therapy together — an idea Cooper is pushing, but Mackenzie is against.

“Essentially, I’m going to hear the same excuses you’ve told me a hundred times,” he tells her. “Tell me why you deserve a one hundredth chance?”

But Cooper really wants another chance. “I had set an appointment for tomorrow just to have a third party help me understand you better and help you understand me better,” she says, explaining that she had previously had a stigma against therapy years ago when he brought it up but now admits she was “wrong” and wants to give it a try.

“It’s not going to solve all our problems, but it’s a start,” Cooper adds. “Every conversation we had [before], you were angry, you were mean you were ruthless, and you cut to the core.”

That doesn’t sit well with Mackenzie. “I totally disagree with that,” he says. “And I think it is so unfair that you say that. I’ve literally given you everything. What do you want from me?”

Is this the end of Cooper and Mackenzie? Hard to tell.

The pair have been been dating since high school and have certainly had their ups and downs over the course of the lengthy relationship. Contributing to their issues? The fact that most of their time has been spent apart, with Mackenzie only moving back to Savannah last year after spending a decade living in Atlanta.

Five weeks after the move, he proposed — a gesture that was too soon for Cooper. “We have so much to figure out, about finances and life?” she told him on camera, in one of the most awkward moments in Bravo history. “How could you do that to me?”

“When you have a long distance relationship, it’s not the same as having a relationship where you live in the same city,” Cooper explained in the season 2 premiere earlier this month. “For me, it was important to have our little courtship together in the same city and really talk about things. … I told him I wasn’t ready. So when Lyle proposed, I felt like I was betrayed. I feel like he was almost setting himself up for failure.”

Mackenzie was left shattered by the moment, breaking into tears. He and Cooper had “a pretty seriously falling out” afterwards, he revealed in the premiere — admitting, “it took months to figure it out” and “I’m still really angry about it.”

He pushed those feelings aside, ultimately. “If you have 15 or 17 years invested in something, it’s hard to just cut it off,” he confessed to audiences.

Does that mean he believes it was too soon to propose? Not at all.

“I drove to Savannah every other weekend,” Mackenzie told Cooper in the season’s second episode. “I gave you a credit card, I took you on trips, I did everything I could not to make it like that. You resisted everything.”

“The reason we’re in this place now is really because of you. And the fact that you have been unable to address it until now has been wildly frustrating. It’s just not fair,” he said. “You kind of only get one shot at this deal. I don’t know why you think somebody proposed twice. If you can just get it together, maybe one day you’d recognize what you lost.”

Cooper appeared to know. “His feelings were hurt and the important day in his life got ruined, which also breaks my heart,” she said. “[He needs] some time. [But] it does not mean that I don’t want to marry him.” 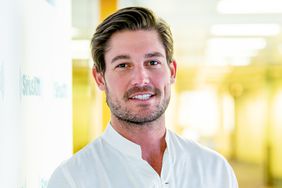 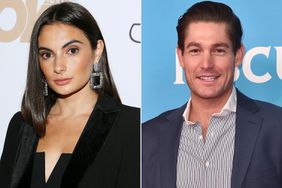