Naomie Olindo has been dating Metul Shah, a Charleston-based physician, for the last year

Naomie Olindo had no problem with Cameran Eubanks‘ remarks about her boyfriend Metul Shah.

During a Sunday Q&A with fans on her Instagram Story, Olindo defended her Southern Charm costar after someone asked whether she thought it was inappropriate for Eubanks to call Shah “exotic.”

“Not at all. And he didn’t either,” Olindo wrote. “Since when is that an insult? @camwimberly1 loves Metul and he loves her back. Let’s not make a mountain out of a mole hill.”

During last week’s episode of the Bravo show, Eubanks gushed about how “hot” Shah is.

“This is probably the finest man I’ve ever seen in real life,” Eubanks, 35, told the cameras. “He is tall, dark and handsome. And exotic.”

“We don’t have too many of them in Charleston,” she added with a laugh.

Olindo, 26, previously dated her Southern Charm costar Craig Conover, 30, for three years. The two split in September 2017, and Olindo has been dating Shah, a Charleston-based physician, for the last year. During the Q&A, she joked that it had been “14 months of bliss for me and exhaustion for him.”

As for her favorite quality in him?

“I can always trust that he will know or do the right thing,” she wrote. “He was raised incredibly well. I trust his judgment more than I trust my own. His level headedness, his refusal to say negative things about others, and his overall happy spirit.”

Shah, 28, was introduced to Southern Charm viewers on the season 6 premiere last month.

“I have a new boyfriend and I’m just happy as a clam,” Olindo said during the episode. “Metul is one of the smartest people I know. He’s nice, he’s hot, he’s cool, he’s fun, he’s got abs! And he likes me back, which is wild.”

“Metul came along when I least expected somebody to,” she added. “It’s like the greatest thing that ever happened.”

Shah has been living in Charleston since at least June 2017, when he began his residency in anesthesiology. A month before his move, he graduated from medical school at Virginia Commonwealth University. And according to Olindo, he takes his job very seriously.

“He would never stay out late. He wouldn’t even drink the night before he had to work because people’s lives are at stake,” she has said on the show. “I would have never appreciated those things had I not been with somebody who was the opposite.” 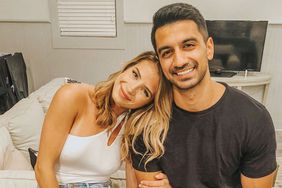