After a season of awkwardly avoiding each other, the Southern Charm star says he and Olindo managed to make peace while filming the reunion.

“On the reunion, we were actually able to team up,” Conover told the Domenick Nati Show. “It was the first time we were both really supportive of each other. She kind of apologized for things and I apologized for a lot of things. I think everyone was expecting me to throw her boyfriend under the bus or go after her, but instead, it was just really kind.”

Conover said the former couple even grabbed a friendly drink together after filming was done.

What to Know About Metul Shah, Naomie Olindo’s Anesthesiologist Boyfriend

“We actually sat at the bar with each other for like an hour after the reunion and talked like old friends,” he said. “It was good. We are peaceful, we are friends.”

Conover, 30, and Olindo, 26, dated for three years before calling it quits in September 2017. Much of their relationship drama was documented on the hit reality show, with season 6 focusing on the fallout of their breakup.

But just because they are amicable doesn’t mean there is hope for reconciliation anytime soon.

“We are friends now, but I think we are both different people,” he said. “I think that ship has sailed.”

Olindo is now in a relationship with anesthesiologist Metul Shah, and said skipped this season’s cast trip out of respect for him. Conover says he’s also moved on and is currently dating new people.

Conover previously revealed that he battled depression after his split from Olindo.

“I have a whole new respect for it, because it does cripple you,” he told PEOPLE. “I’ve never been depressed before, and I didn’t understand it. I didn’t now how bad it was until I got on the other side.”

“After the reunion last year, I realized I clearly had a lot more anger towards Naomi than I thought I was having,” Conover added. “The breakup didn’t make sense to me, I just couldn’t … my brain wasn’t really able to make sense out of it.” 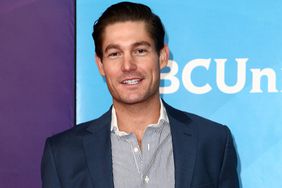 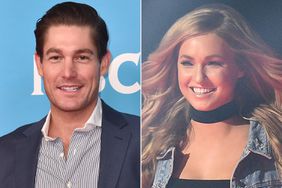