Fans have watched this fun-loving southern belle go from starting married life with anesthesiologist Jason Wimberly to becoming a new mom to a baby girl named Palmer. Although Eubanks has often been the glue for a very animated cast, the real estate agent has had her own battles to work through while on the show.

When fans first met Eubanks, she was very adamant about not wanting children. Even though she was firm about her stance, she worried that her husband might resent her if they never had kids or worse — her kids might take after her.

Fast forward to today, Eubanks told PEOPLE in 2019 that despite the difficult parts of parenting, it's worth the "love you cannot describe" when a child enters your life. However, the star has said she's done after having one.

"I can either give [Palmer] a sibling or I can give her a sane mother," said Eubanks. "And I think giving her a happy, healthy, mentally sane mother is way more important than a brother or sister that she's probably gonna fight with anyway."

Sadly for fans, Eubanks made a shocking announcement in May 2020, revealing that she won't be returning for the show's seventh season. She dropped the news subtly in the comments section of one of her own posts on Instagram, but then had to formerly address her exit when "insidious rumors" about her marriage began to swirl.

"My decision was made and given to Bravo months ago and had absolutely nothing to do with ridiculous and fake rumors about my marriage," Eubanks said in a since-deleted Instagram post. "Please disregard any fabricated rumor. It's a ploy for ratings and that's it."

Prior to the statement, AllAboutTheTea.com had alleged that Wimberly had been having a two-year affair behind Eubanks' back.

The outlet reported its source claimed Eubanks "was handling it privately off camera" and was "devastated" when she found out producers were plotting to bring up the allegation on the season.

Reps for Bravo and Wimberly did not immediately respond to PEOPLE's request for comment, but Eubanks' note denied the allegations.

Charleston's most eligible bachelor has had a rough couple of years figuring out his path in life. From losing his passion for law to figuring out how to make his love of sewing into a career, Conover experienced many growing pains and endured a lot of teasing from his castmates. Additionally, his three-year relationship with Naomie Olindo crumbled, which prompted his first experience with depression. Now that Olindo has gone public with her new boyfriend Metul Shah, Conover has found his own way to start fresh.

After Whitney Sudler-Smith introduced him to Bimini, an island that is part of the Bahamas, he fell in love and spent a few months there to relax and reevaluate his life, only to return to Charleston as a happier man. He's even finally launched his own sewing lifestyle brand called Sewing Down South! (Are you ready to join the #SewSquad?)

"Sewing has been a point of inspiration, an outlet for creativity, a method to decompress and a way for me to stay true to myself," Craig said in a release, as reported by Bravo TV. "In the past, I was mocked for enjoying the art and craft of sewing, but now - I'm excited to focus on what brings me and so many others so much joy. Us sewers deserve a kick-ass sewing brand that represents our lifestyle!"

Southern Charm would be nothing without the likes of Ms. Kathryn Calhoun Dennis. The fiery redhead burst onto the scene as Charleston's "it" girl, who everyone had their eyes on. It wasn't until she started dating disgraced politician Thomas Ravenel that things got heated. The toxic relationship put both Dennis and Ravenel in a downward spiral that eventually ended, but took years to repair. The two (and probably only) highlights of their love affair are their adorable children: Kensington and Saint.

Dennis' rise from the ashes took several seasons, and many of the people who turned their backs on her have come around, including the queen of Charleston herself, Patricia Altschul.

"We were listening to one side of the equation and it was very believable at the time," Altschul said during the season 6 premiere about how Ravenel would talk about Dennis and her past behavior. "There were a lot of things that converged to change my opinion. I had my own altercation with Thomas and I found out that he can be into character assassination. It made me rethink everything he had ever told me about Kathryn."

The former state treasurer of South Carolina seemed to have it all — good looks, money, power — until everything fell apart. Throughout each season, fans have watched Ravenel slowly unravel throughout his dysfunctional relationship with ex Kathryn Dennis, but things only got worse when he started dating Ashley Jacobs.

The registered nurse caused so much drama that she decided to publicly apologize to all Southern Charm fans and to Dennis in a since-deleted Instagram post. Ravenel and Jacobs eventually split for good after more than a year of dating.

Ravenel left the show ahead of season 6, following another rough patch.

In October 2018, Dennis filed documents in Charleston seeking to obtain primary custody of their two children after their former nanny accused Ravenel of rape.

Ravenel was arrested and pleaded guilty to third-degree assault and battery. He agreed to pay a $500 fine in lieu of a 30-day jail sentence. Ravenel and the nanny reached a $125,000 settlement in October, with Ravenel agreeing to pay $45,000 in her personal legal fees and an additional $80,000 to a local nonprofit aiding adult survivors of sexual assault.

After a lengthy custody battle, Dennis and Ravenel agreed to share joint legal and physical custody of their two children in November 2019, with Ravenel having "primary legal custody," his lawyer told PEOPLE at the time.

By Feb. 2020, the two were spotted spending time together again but denied being back together.

Charleston's resident ladies' man hasn't really changed much since the show premiered; Rose still parties with his castmates and has fun with the ladies. Although he's been open about fearing lifelong bachelorhood, the wealthy Casanova hasn't had a consistent love interest on the show. However, he did make a solid attempt to find love on his spinoff reality dating show called RelationShep, which premiered in December 2017.

Rose enlisted friends, like Cameran Eubanks, to take his search outside of Charleston, in cities like Los Angeles, Dallas, Austin and New York City. The season finale revealed that Rose ended up choosing Bella Clark, but she eventually ended the relationship, sending Rose back into the dating pool. Fans will have to wait and see if Rose ever settles down or continues to remain a bachelor.

Southern Charm producer and recurring castmate Sudler-Smith has been more of an elusive character on the show, but that hasn't stopped him from occasionally landing in some hot water.

Fans may recall the jet-setting star hooking up with Kathryn Dennis before she started dating ex Thomas Ravenel, which caused a lot of friction between the three castmates, but to everyone's surprise, the two hooked up again before the start of season 6. Whispers of the possible dalliance surfaced at Sudler-Smith's mother Patricia Altschul's dinner party during the season's premiere. Dennis later admitted it was true while talking to friends at Chelsea Meissner's housewarming party.

"I swore to him [I wouldn't tell]," she said before confirming it happened while they were both in L.A.

Despite the juicy gossip, the two have remained friends and Sudler-Smith has taken more of a role behind the camera than in front, for now.

Although she was first introduced during season 3 as Craig Conover's girlfriend, Olindo has become a star in her own right. Her unfiltered approached may have added more fuel to the fire as her and Conover's relationship decayed, but their split was for the best because now she's with Charleston-based physician Metul Shah. Early into season 6, Cameran Eubanks gushed about how hot Shah is on the show.

"This is probably the finest man I've ever seen in real life," Eubanks told the cameras. "He is tall, dark and handsome. And exotic."

"We don't have too many of them in Charleston," she added with a laugh.

Her comment calling Shah "exotic" caused a bit of backlash, which Olindo quickly shot down. For now, Olindo is all about her boyfriend and will not be returning to the show for its seventh season.

Sources confirmed to PEOPLE in May 2020 that Olindo will not be back. Reps for Bravo and Olindo did not respond to PEOPLE's request for comment, but a source close to production confirmed their departures.

The king of beer only joined the show at the start of season 4 but he's definitely been a castmate to watch. Kroll's boyish charm won Chelsea Meissner over and the two started dating until things fizzled out and Kroll moved on to Southern Charm newbie Madison LeCroy.

"So then why are your panties lying by the bed?" LeCroy fires back, to which Kroll says, "Because they slept in my f------ bedroom ... And what the f--- is the matter with that?"

Although Kroll still maintains his innocence, LeCroy cheated on him in retaliation, calling his infidelity a hall pass for her to do whatever she wanted. The two have since patched things up but onscreen, the drama is just getting started.

This South Carolina native joined the Southern Charm gang during season 3 and proved to be the show's ultimate cool girl. She surfs, lives in her own gorgeous, newly remodeled home and is all about her independence. Austen Kroll may have been a mismatch but she's got a new boyfriend now: sailor Nick Dana.

Meissner's father showed some concern over their long-distance relationship during season 6, but Meissner has said the long-distance aspect of the relationship is actually what she prefers. The only man she doesn't mind hanging around her 24/7 is her sweet dog, Tyson.

Meissner is the third cast member to announce her departure from the show ahead of season 7. 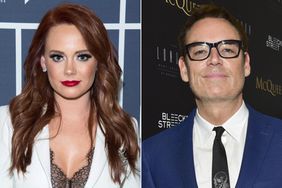 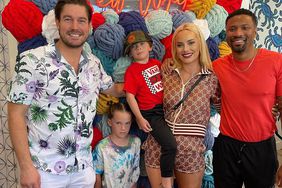 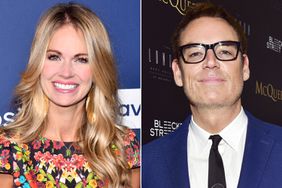