Could this be the end of Austen Kroll and Shep Rose‘s friendship?

“She’s one of a handful of people I can take, and I took her because yes, I wanted to be like ‘Oh this is funny, ‘ ” says Rose.

After hearing that Rose’s intentions were bad from the beginning, Kroll is left feeling hurt and annoyed.

“This is a blatant, white-glove off, slap in my face to try and get a rise out of me,” he says. “How petty! And I never thought I would use that word to describe you, ever. How f—— truly petty you are right now.”

Southern Charm: Austen Kroll’s Girlfriend Says She Gave Herself a ‘Hall Pass’ After He Cheated

But Rose isn’t backing down — or apologizing.

“Sometimes a little revolution every now and then is a good thing,” he adds.

Kroll admits that the betrayal is making him rethink their friendship.

“This friendship is in total ruins,” Kroll says during a confessional interview. “Don’t let the door hit you, pal.”

In a now-viral video released last year, Kroll and LeCroy are seen having an expletive-filled argument after she found Kroll with two other women. At one point, LeCroy directly asks one of the women if they slept with Kroll, which they denied.

Despite Kroll’s adamant denial of any wrongdoing, LeCroy didn’t let him off the hook easily. In fact, she said she cheated on Kroll in retaliation.

“I said, ‘Well it looks to me like a hall pass,’ ” she said during an appearance on Watch What Happens Live with Andy Cohen. “I can do whatever.”

Their rocky relationship has been documented on this season of Southern Charm, with the couple deciding to give things a second chance on last week’s episode.

Kroll previously told Entertainment Tonight he was nervous to bring his relationship into the very public, reality TV world. He said he did his best to prepare LeCroy for what was to come.

“I knew that coming into this season, that it wasn’t going to be an easy ride,” he said. “It wasn’t going to be easy going. So, I kind of just prepared the both of us like, ‘Hey, look…’ — because we can control, I guess, what we talk about, but I can’t control what [our co-stars are] saying behind our back to whoever out there.”

“It’s not going to be like, ‘Oh! Austen and Madison are wonderful,’ you know?” Kroll continued. “And, ‘They’re just so cute together, I love them.’ I was like, we’re gonna be getting trashed for a little bit, so that’s something that, if you want to be with somebody, then you just got to work through it as best you can. And it works out sometimes, and sometimes it doesn’t.” 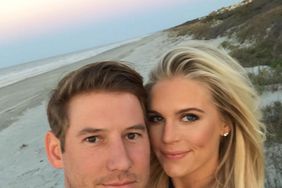 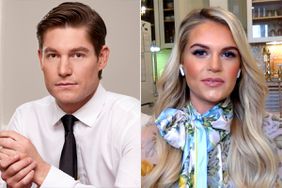