In PEOPLE’s exclusive sneak peek at Thursday’s new episode of Southern Charm, Austen Kroll’s relationship is hanging by the thread after his girlfriend Victoria spots a flirty photo of Kroll and his ex Chelsea Meissner on social media.

During a group trip to Hilton Head, South Carolina, Kroll receives a call from an upset Victoria.

“I just saw f—– Naomie’s story, and Chelsea’s f—– hold your arm and kissing your shoulder,” she says.

Kroll tries to explain that the photo is misleading, saying the two were just trying to stay warm while riding on a cold boat.

“She’s not kissing my shoulder, I promise you that,” he says.

But when Victoria threatens to end things, calling both Kroll and Meissner “disrespectful,” the reality star quickly becomes frustrated over her jealousy.

“This can’t happen,” he says. “I think you are overreacting 100 percent. You’ve always had this jealously.”

“I’m not going to talk you off the ledge every single time that you have an insecure thought,” he continues. “Do you want this to end like this? Because you’re jealous of her holding my arm because we’re cold?”

And when neither Kroll nor Victoria are willing to back down, their relationship is left nearly broken.

“I’m not doing this,” says Victoria.

“Are you serious?” replies Kroll.

Kroll and Meissner dated for several months, with their romance playing out last season on Southern Charm. After they called it quits, Kroll began dating Victoria, who happened to be a close friend of Meissner’s.

“Victoria and I, we kind of just mesh together,” he told castmate Craig Conover. 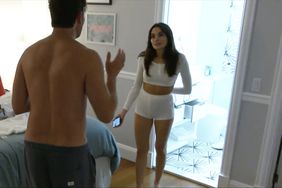