"Caelynn was the one who chose to publicize their intimate night together on national television," the source says

Blake Horstmann felt blindsided when his tryst with Caelynn Miller-Keyes became a plot point on Bachelor in Paradise, a source claims to PEOPLE.

“Caelynn was the one who chose to publicize their intimate night together on national television,” the source says. “A week before filming Paradise, they both discussed that they didn’t want to make this a big deal and were very much on the same page, not wanting to bring any of this up if it didn’t have to be.”

Horstmann, 30, caught flak during this week’s two-night premiere after Miller-Keyes revealed he’d hooked up with her one day after sleeping with Kristina Schulman at the Stagecoach Festival in April. Miller-Keyes, 24, tearfully told cameras he’d called their night together a “mistake” and begged her to keep the tryst a secret. The audience was on her side, especially as Horstmann pursued two other women in Paradise: Tayshia Adams and Hannah Godwin. But as the episodes aired, Horstmann posted their text messages on his Instagram Story. Their conversation seemed to debunk her story, suggesting she sought him out for sex and was just as concerned about people finding out.

Horstmann has since deleted the screenshots, apologized for what went down at the music festival and said he was not trying to “attack” Miller-Keyes. She issued her own statement on Instagram, insisting “the ‪5 am‬ text exchange that Blake chose to share is not an accurate representation of our past relationship” and that she “did not go on a show to ruin someone’s character.”

Tanner Tolbert Pokes Fun at BiP Drama: ‘Thankful I Decided to Cancel My Trip to Stagecoach’

“I am absolutely mortified our private texts were put out there for the world to see and judge by someone who I trusted and consider a friend nonetheless,” she wrote on Wednesday. “It’s clear to me that Blake and I had different ideas of what our ‘relationship’ was.”

However, the source says Horstmann would never have released the texts “if it weren’t for Caelynn’s awful accusations on national television that Blake silenced her and ‘sweet-talked’ her into having sex and then ghosted her.”

“He was being accused of some terrible things that could have damaging repercussions, and this was the only way to disprove what she was saying,” the source adds. “Nobody would have believed him had he just disputed her claims publicly without proof. It would have been a he said/she said situation.”

The scandal has divided Bachelor Nation. Many franchise stars supported Horstmann on Instagram, but others defended Miller-Keyes. BiP‘s Dean Unglert, who sources have said is dating Miller-Keyes, slammed him for “slut-shaming” her.

No matter what happens next, host and producer Chris Harrison has promised this season of the dramatic Bachelor spinoff delivers.

“It’s the best season,” he told PEOPLE recently. “There’s so much to it. I can tell you this: Paradise works. There is love found in Paradise.” 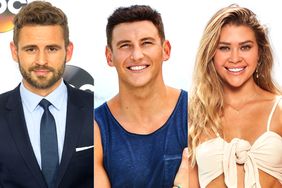 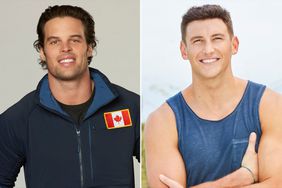 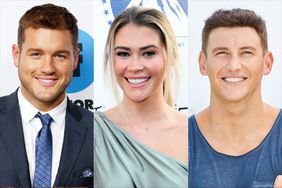 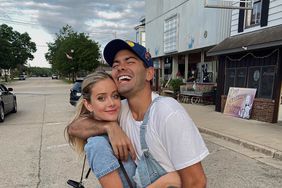