Most of them may have been "whacked" on the show, but here's what the cast of the HBO mob drama has been up to since the series wrapped in 2007

More than two decades ago, The Sopranos premiered on Jan. 10, 1999. The series heralded a new era of television at the turn of the millennium, and in its time, scored 21 Primetime Emmys, five Golden Globes and two Peabody Awards, among other accolades.

Though the diner went dark on June 10, 2007, a 2021 prequel film, The Many Saints of Newark — starring James Gandolfini's son Michael as a young Tony Soprano — welcomed a new generation of fans and kept interest in the series going.

See what the cast is up to now.

As a ruthless New Jersey mob boss and duck-loving family man working in "waste management," Gandolfini's Tony Soprano left a lasting legacy as one of the most darkly fascinating characters on TV.

Before his big break as Tony, which earned him three Emmys, three Screen Actors Guild Awards and one Golden Globe, the actor had been working for nearly a decade, with small parts in a number of films including 1994's Angie, alongside Aida Turturro, who went on to play his sister Janice in The Sopranos.

Post-Sopranos, Gandolfini worked as an executive producer on a number of HBO series and films, including The Night Of and Hemingway & Gellhorn. He continued to star heavily in mob dramas, including 2012's Killing Them Softly and 2014's The Drop, released posthumously.

Gandolfini died unexpectedly from a heart attack in 2013. He was 51.

The actor was married to producer Marcy Wudarski, with whom he shared son Michael, from 1999 to 2002. He later wed actress Deborah Lin in 2008, with whom he welcomed daughter Liliana.

Falco had a number of parts in crime and mob dramas before landing the starring role of Tony's wife Carmela, in which she painted a brutal and brilliant portrait of the pair's marital roller coaster.

Falco earned three Emmy Awards, three Screen Actors Guild Awards and two Golden Globes for her turn as the OG Jersey housewife. She went on to star as a drug-addicted nurse in Nurse Jackie, which ran from 2009 to 2015 and earned her another Emmy.

Since then, Falco — who is mom to two children, son Anderson and daughter Macy, whom she welcomed by adoption in 2005 and 2008, respectively — has starred in several TV series, including Horace and Pete, a stint on Law & Order, Tommy and more.

Most recently, she played former first lady Hillary Clinton in 2021's Impeachment: American Crime Story. She is set to star in Avatar 2 and 3.

Before her career-making role as the smart, sassy and incredibly spoiled Meadow, Sigler's biggest role had been starring in a Mariah Carey music video. Since The Sopranos, she's had a number of roles in film (including 2019's Mob Town) and predominantly on TV, with recurring roles on Entourage (as herself), Ugly Betty, Guys with Kids and most recently, 2021's Big Sky. She currently has several movies in the works, according to IMDB.

Sigler was diagnosed with multiple sclerosis (MS) at age 20. She recently opened up on an episode of PEOPLE's podcast Me Becoming Mom about her fear of motherhood amid her diagnosis, explaining, "I started to have all these fears of, what if [my child] runs away and I can't catch him?"

Sigler shares sons Beau and Jack Adam with husband Cutter Dykstra, whom she wed in 2016. She was previously married to A.J. DiScala from 2003 until 2005.

A spoiled slacker with an underlying anxiety disorder, Iler's A.J. was always causing trouble in the HBO series. Two years after the show ended, Iler guest starred on an episode of Law & Order, but otherwise stepped away from the spotlight to pursue a career in the professional poker world in Las Vegas.

"The only thing I have done since Sopranos is I got called to do jury duty and I didn't want to do jury duty … so twice, to get out of jury duty, I did an episode of Law and Order," he told The Hollywood Reporter in a rare interview in 2020. He also spoke out about his past battle with substance abuse and addiction, revealing that he was seven years sober at the time.

He and Sigler now co-host a podcast, along with YouTuber Kassem G, called Pajama Pants.

As Tony's psychiatrist, Bracco's character was privy to information — however couched in metaphor or sanitized details — that no one else in his life was. She was nominated for three Golden Globes, three Emmys and three SAG Awards for her turn as Dr. Melfi. Having been in the industry for nearly two decades by the time The Sopranos first aired, Bracco was already famous for her role in another mob picture, 1990's Goodfellas.

After the series ended, she narrated the 2011 series I Married a Mobster and starred in Rizzoli & Isles from 2010 to 2016. More recently, she had brief stints on Blue Bloods and Jerk. In 2020, she purchased a home in Sicily for one euro and documented the renovation on the HGTV miniseries My Big Italian Adventure.

She currently has two films on the docket, including the Disney+ live action remake of Pinocchio, in which she voices Sofia the Seagull.

Imperioli's swaggering, erratic Christopher was one of the show's most iconic characters. Before his turn as Tony's nephew and would-be successor, which earned him an Emmy and two SAG Awards, Imperioli starred as Spider in Goodfellas.

In the decades since, he's continued to work on both the small and big screen, with a focus on detective roles (he played one in TV shows Life on Mars, Detroit 1-8-7 and Lincoln Rhyme: Hunt for the Bone Collector).He portrayed former Governor Andrew Cuomo in an episode of Ben Stiller's Escape at Dannemora, and recently starred in an episode of HBO's White Lotus. He reprised the role of Christopher as the narrator for the Sopranos prequel, 2021's The Many Saints of Newark.

Imperioli co-hosts the Talking Sopranos podcast with former costar Steve Schirripa (who played Bobby Baccalieri); the pair also wrote a book together, 2021's Woke Up This Morning: The Definitive Oral History of The Sopranos.

de Matteo earned an Emmy for her heart-wrenching turn as Christopher's girlfriend-turned-fiancée-turned-FBI-informant. After her time on The Sopranos, she took on the role of Gina Tribbiani, Joey Tribbiani's sister, in his eponymous Friends spinoff from 2004 to 2006.

She's since landed a number of roles on other popular TV series, including Desperate Housewives, Sons of Anarchy, A Million Little Things and more.

Paulie "Walnuts" was one of Tony's right-hand men as a captain and later, a particularly violent underboss in the DiMeo crime family. Sirico, along with many of his Sopranos costars, also previously starred in Goodfellas.

He's since appeared in a handful of short films, with his most notable roles being in Woody Allen's Café Society (2016) and Wonder Wheel (2017). He also began doing voice work on Family Guy, voicing the family dog Vinny from 2013 to 2016.

On July 8, 2022, Sirico's family announced his death at age 79. In a tribute on social media, Sopranos costar Michael Imperioli wrote, "Tony was like no one else: he was as tough, as loyal and as big hearted as anyone I've ever known."

Another member of Tony's inner circle, Van Zandt's Silvio eventually became the mob boss's consigliere, or advisor. He's continued to tap into mafia-related roles, including as a New York mob boss in Lilyhammer, a Norwegian-American series (2012 to 2014), and in 2019's The Irishman (alongside Al Pacino himself, who Silvio often impersonated).

Offscreen, Van Zandt is most famous as "Little Steven," the guitarist of Bruce Springsteen's E Street Band. He also published a memoir, Unrequited Infatuations, in 2021.

While his time on the show was briefer than many of the other members of Tony's inner circle, Pastore's 'Big Pussy' — named for his character's early career as a cat burglar — had a lasting impact.

Pastore has more than 180 acting credits to his name, including a stint on General Hospital in 2008, a slew of film appearances and a more recent role in 2019's Wu-Tang: An American Saga.

Pastore, who also his own line of pasta sauce, currently has 11 movies in the works, according to IMDb, including All Mobbed Up.

Chianese got his start as Johnny Ola in The Godfather Part II (1974), before famously portraying Tony's Uncle Junior, a mentor who is the technical head of the family for much of the series.

Chianese, who celebrated his 91st birthday in February, has also released two albums (2001's Hits and 2003's Ungrateful Heart) and one memoir (2018's Twelve Angels: The Women Who Taught Me How to Act, Live, and Love).

Turturro began acting in the late '90s, with roles in films including Sleepers (1996) and Deep Blue Sea (1999) before her big break as Tony's narcissistic and drama-rousing elder sister Janice.

In the years since, she's made appearances in a handful of TV shows and movies, guest starring on Law & Order: Special Victims Unit a number of times from 2013 to 2021, and landing a recurring role on NBC's mob drama The Blacklist from 2017 to 2021. 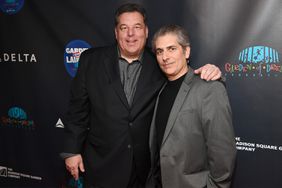 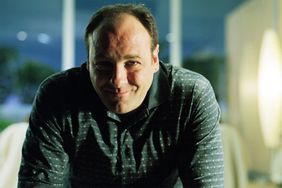