"I just wasn't wanting to perpetuate this sort of behavior that I didn't think was appropriate," Sophia Bush said

Sophia Bush is opening up about the on-set battles she got into with her boss on One Tree Hill.

During an appearance on Ashley Graham’s Pretty Big Deal podcast, the 37-year-old actress — who played Brooke Davis for nine seasons on The WB/CW show — revealed that she “fought a lot” with her boss and the writers on set, especially after she was asked to play scenes as her teenage character in her underwear.

The request, Bush said, wasn’t one she accepted without a fight.

“I was sort of unaware of the power dynamics at play and I would just say things. I’d be like, ‘I’m not doing this. Stop writing [these] scenes,’ ” Bush recalled.

“You look back at it, at the time I didn’t realize how inappropriate it was, but again, this was a long time ago,” Bush added. “I remember my boss kept writing scenes for me to be in my underwear. And I was like, ‘I’m not doing this. This is inappropriate. Like, I don’t think this is what we should be teaching 16-year-old girls to be doing, to be seeking validation this way.’ ”

The response Bush claims she got from her boss — who she never specifically named on the podcast — was shocking, she said.

Bush said she showed up to film the next episode in a turtleneck “to be spiteful.”

“I was like, ‘This is just how I’m gonna dress on the show from now on if you don’t stop writing these scenes,’ ” she remembered. “I was really ballsy, and I didn’t even know it. I just wasn’t wanting to perpetuate this sort of behavior that I didn’t think was appropriate.”

This is not the first time Bush has spoken out about the inappropriate behavior she says she experienced on the set of One Tree Hill.

Back in November 2017, Bush was one of the 18 former female cast and crew members who accused One Tree Hill creator Mark Schwahn of sexual harassment.

“Mark Schwahn’s behavior over the duration of the filming of One Tree Hill was something of an ‘open secret,’ ” wrote the women in the letter. “Many of us were, to varying degrees, manipulated psychologically and emotionally. More than one of us is still in treatment for post-traumatic stress. Many of us were put in uncomfortable positions and had to swiftly learn to fight back, sometimes physically, because it was made clear to us that the supervisors in the room were not the protectors they were supposed to be. Many of us were spoken to in ways that ran the spectrum from deeply upsetting, to traumatizing, to downright illegal. And a few of us were put in positions where we felt physically unsafe. More than one woman on our show had her career trajectory threatened.”

Schwahn has never spoken about any of the allegations.

Later, in December of that year, he was removed from his role as showrunner of E!’s The Royals after a group of 25 female cast and crew members on the series released a joint letter in which they claimed Schwahn “felt the inclination to abuse his power and influence in an environment where he had it over women who felt they did not. This manifested itself in the repeated unwanted sexual harassment of multiple female members of cast and crew.”

Also during Graham’s Pretty Big Deal podcast, Bush spoke out about her exit from Chicago P.D., which she said came after her “own personal #MeToo hell” on set.

“It was bad. It was really rough,” Bush said. “I gave that [job] up because it was unsustainable for me to go to work anymore. You can’t heal from toxic behavior in the toxic environment. You just can’t do it. … I had to prioritize my life over my job at that point.”

Bush left the NBC drama at the conclusion of season four finale in May 2017. She said she had signed a 6-year contract on the show, but got out of it early because of the on-set battles.

Her exit came months before the #MeToo movement kicked off, in the wake of the Harvey Weinstein scandal.

“I was fighting this battle with no cultural conversation about this in the industry,” Bush said. “It was really interesting. I think about it and I’m like, ‘Man, there are some people on that set who are just like, breathing a sigh of relief.’ Which is unfortunate. But it’s been a weird thing because you realize how quickly if you stand up for yourself, you can become the enemy. And for whatever reason, the men who behave in these ways get branded as old school.”

“For me, the experience of standing up for myself, I got listened to for a moment and then it was clear that I wasn’t going to back down about it and then I became the enemy,” Bush said. “And I thought, ‘Wow it’s so interesting that in speaking what was happening to me, I’m the troublemaker rather than the person who has put me through this.’ ”

Sophia Bush on Opening Up About ‘Abusive Behavior’ on Sets: I’ll ‘Always Tell … the Truth’

Despite the prominence of #MeToo in the cultural conversation, Bush said that much hasn’t changed.

“Until we start actually punishing perpetrators and not victims, it’s all versions of, ‘What were you wearing?’ ” she noted.

The actress went on to provide suggestions about what can be done to change things moving forward.

“Men need to be better advocates and allies,” said Bush. “It came to me through the grapevine not long ago that some of the men who I worked with on [Chicago P.D.] have been voicing their irritation that I speak as frankly about what I went through there as I do. And I think, ‘Wow, that’s a problem.’ What I need is for one of you guys to say something. What I need is for one of you to say, ‘Yeah, she has to keep talking about it because nobody’s doing anything about it and we feel for her.’ Not, ‘Why won’t she keep her mouth shut.’ ”

“We need them to speak up and we also need men to be better allies in the moment,” Bush added. “Because everyone’s trying to be good employees and everyone’s trying to get to the end of the day. And people forget that there are 200 people on a set, on a crew, a lot of people’s livelihoods and their kids’ school tuition and their mortgages depend on their job. Everybody’s trying to get to the end of the day, but what I think would be really helpful is that in a room, when a guy says something abhorrent, inappropriate and actually illegal to his female coworker, it’s one thing for us to be like, ‘Don’t talk to me like that’ — and then it’s like, ‘Ooh she can’t take a joke’ — it’s another thing if a guy goys, ‘Hey, don’t talk to her like that. It’s just not appropriate.’ Men react so much differently when another man says, ‘We’re not men who do that.’ Whether that’s a good or a bad thing, it’s irrelevant. It’s true. We need men to show up for us in that way.” 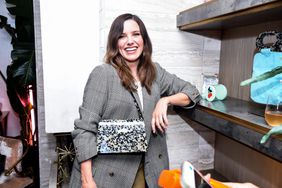 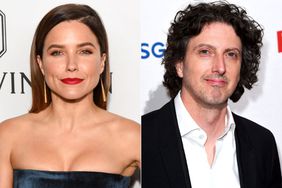 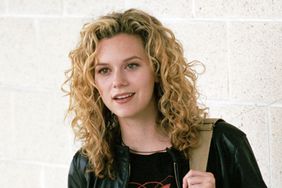 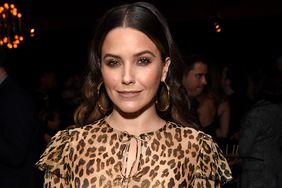 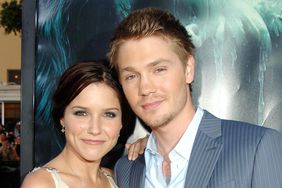 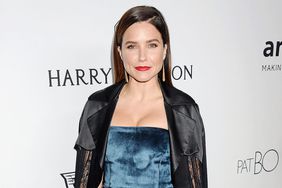 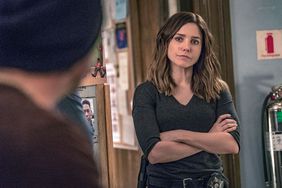 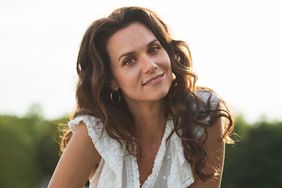