Khloé Kardashian has a major girl crush on Sophia Bush – and the feeling is mutual!

Bush went on to explain she received “thousands of tweets” after being featured as Kardashian’s “Damn Gina” – a #WomenCrushWednesday-like honor the 31-year-old bestows to a chosen few on her website and app.

“I saw her this morning,” gushed Bush, “and was like, ‘You are literally the sweetest person slash should be everyone’s therapist.’ ”

Bush also went on to explains she now used the phrase “Damn Gina” – taken from the 1992 sitcom Martin – with all of her friends.

Kardashian’s website and app gives fans her honest, uncensored thoughts on everything from sex, love and style to fitness and her "KhlOOCD" kitchen organization. 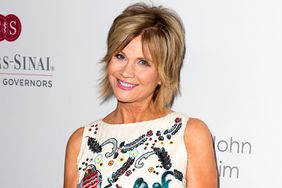