Which Pivotal Role on 'Sons of Anarchy' Requires Two Actors?

When it comes to kiddie roles on TV, children are usually relegated to playing precious (or precocious) siblings or neighbors. But the job requirement for small children on FX’s action-packed drama Sons of Anarchy is much more demanding – especially this season.

This season of SOA marks the most challenging one yet for Evan and Ryder Londo, 6, of Orange County, California, who have traded off playing Abel for the last four seasons.

Not only did their character discover that grandma Gemma (Katey Sagal) killed their mom Tara, but he then hid himself in the school bathroom so he could mutilate himself with a fork.

And in Tuesday night’s episode of SOA, Abel has a key exchange with Gemma that’s sure to elicit a few tears.

“It’s never really affected them whatsoever,” says the self-employed dad, who typically accompanies his sons to SOA‘s North Hollywood set while his wife Suzanne works in human resources back home.

“No violence has leaked over. I know some would assume it might have. The weird thing for me is that in the show they play such a sad character, but in real life they are the exact opposite,” Londo says.

Whenever it comes time to decide which twin does what on the FX drama, the elder twin (by two minutes!) Ryder is the go-to boy for “more of the sensitive stuff,” while Evan is the favorite for the “action-based scenes,” Londo explains.

For example, it was Evan who performed the pivotal scene on the Nov. 11 episode, when Abel tells Jax that Gemma killed his mom.

“That’s a young actor’s dream to end an episode like that,” says Londo.

To help get the twins into character, Londo likes to tell Ryder and Evan to play like it’s Halloween.

“They understand it’s all for pretend,” he says.

It also helps that Londo and his wife don’t show their sons the complete SOA episodes, which are routinely packed with heavy violence and graphic sex. “We let them see their scenes, and that s it.”

Before SOA, the twins played Don Draper’s son Gene in AMC’s Mad Men. They got their start in the business by nabbing a bit part on Modern Family in 2011.

“They didn’t used to realize it’s a special thing to be on TV until probably last season on SOA when they started doing lines and realized the whole character role that each actor had to portray,” Londo says. “I think it was that realization that gave them the ability to grasp the filmmaking aspect of TV and that none of the other kids they knew were doing it.”

Now that production on SOA has wrapped, it’s Tom Londo’s hope that his sons score some film roles. (They nabbed a small part as an “upbeat kid” in a so-far untitled Warren Beatty movie that’s due out in 2015.) Until then, the goal is to get Ryder and Evan back to doing what they do best – acting like kids, but for real.

“They bike ride and play soccer and baseball. They’re very well-rounded,” says Tom Londo. “We want to give them the opportunity to continue acting. They’re both definitely up for it. They don t admit they like it as much as you can see they like it, though. They’re pretty humbled by it.” 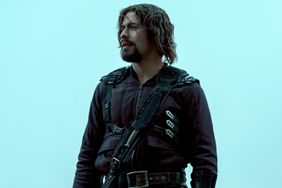 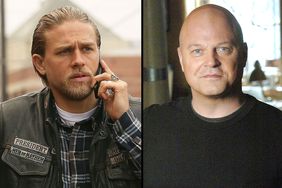 Did 'Sons of Anarchy' Pay Homage to 'The Shield' in Its Series Finale? 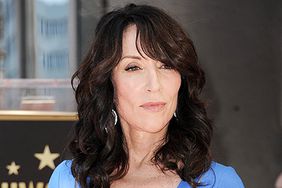 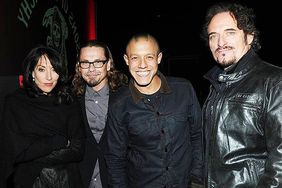