The ladies at The View got the Saturday Night Live treatment — and loved it.

Last week, things got tense between Joy Behar and Meghan McCain while the ABC talk show’s panel was discussing Department of Homeland Security Secretary Kirstjen Nielsen’s resignation. At one point, Behar, 76, held up her hand to stop McCain, 34, from interrupting her, saying, “Hold on. I listened to you. Let me just finish.”

“Part of your job is to listen to me,” McCain shot back, prompting moderator Whoopi Goldberg to intervene.

The moment inspired a hilarious SNL sketch with Kate McKinnon (as Behar) and Aidy Bryant (as McCain) recreating the on-air spat. The panel was completed with Leslie Jones as Goldberg, Melissa Villaseñor as Ana Navarro and Cecily Strong as Abby Huntsman.

In addition to having Bryant’s McCain refer to herself as “the princess of Arizona,” the sketch also featured Jones’ Goldberg spraying her co-hosts with water as if they were feuding cats.

And the real stars of The View loved every second of it, with McCain even breaking her social media hiatus to sing her praises.

“I’m not supposed to be on twitter because of hiatus BUT this sketch is hilarious, and being parodied by @SNL is a huge pop cultural honor,” she wrote. “Signed, your old intern and ‘the princess of Arizona.'”

Sunny Hostin Says She and Meghan McCain Laugh at Rumors They Hate Each Other: ‘We’re Passionate’

Behar thanked McKinnon for taking on the role.

“Finally an actual female is playing me. Thank you Kate,” she tweeted.

Navarro was equally pleased with her casting.

“Took too long, but am so glad to FINALLY see a bad-ass Latina comedian on @nbcsnl, I don’t even mind @melissavcomedy spoofing my daily tirades,” she tweeted. “All in good fun. Laughter’s good for the soul. Yes! What Trump (I prefer #PresidentLoco), is doing at border, is shameful. It is nasty!”

Speaking to PEOPLE at The Hollywood Reporter‘s Most Powerful People in Media event in New York City last week, The View star Sunny Hostin said she and her fellow co-hosts laugh off rumors that they hate each other.

“We’re passionate — that’s the formula for The View,” Hostin said. “They only hire people that are smart and passionate and who are willing to put it out there.”

“I think that’s what they look for in a host,” she added. “Because you would never survive this table if you took it personally — it wouldn’t work.” 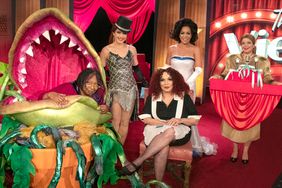 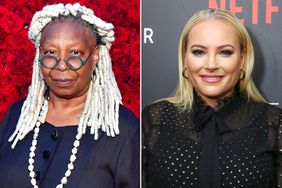 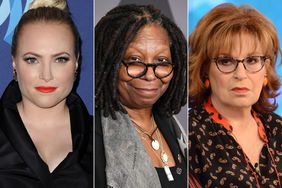 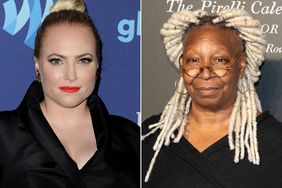