"It's been an emotional roller coaster, I'll tell you that," KJ Smith tells PEOPLE

KJ Smith is back in action.

On July 9, the actress returned to work at Tyler Perry Studios in Atlanta to film season 2 of the BET series Sistas, the first show to resume production since the reopening of the city amid the coronavirus (COVID-19) pandemic.

"It's been an emotional roller coaster, I'll tell you that," Smith tells PEOPLE. "But I've been able to manage, and I feel really good. I'm happy to be back to work."

Since returning, Smith says the team has been "incredible" about taking precautions to keep everybody on set safe as cases of the virus continue to spike across the city. Months before resuming production, Perry, 50, outlined the plans to re-open his Atlanta studios safely, including housing the cast and crew on his complex and frequent testing for everyone there.

"I feel protected, and I feel safe," she says. "Everybody's been testing, and we're all negative. We had a great meeting yesterday where [Perry] announced that everyone was negative. He does these grand announcements whenever our test results come back. It's always so exciting because we're all working together to achieve one goal."

"We're all wearing our masks," she adds. "We're all quarantined in a safe space at the studio."

For Smith, a silver lining of quarantine has been the opportunity to get to know more of the people on set better.

"I'm an actor, so I oftentimes don't get the opportunity to interact with other departments when I'm not working," she says. "But now, after work, we have events. For instance, we had a Luau and I was able to speak with the sound department and ask, 'What are you guys up to? Where are you from?' It's just beautiful because we're like our own little separate community just taking care of each other, and it's really cool."

Smith admits, though, that she hesitated at first to get back to work.

"I'm not going to lie, I was a little bit nervous," she says. "I already deal with a lot of uncertainty in what I do. But there's been an escalated level of uncertainty with the pandemic going on because one day a city will say, 'Everyone stay at home.' And then the next day, they're like, 'Okay, the city is open.' So I wasn't really sure what the circumstances were going to be."

In the upcoming second season of Sistas, Smith says fans can expect to see her character, Andrea "Andi" Barnes, become a "new woman."

"She has her eyes on something else," she says. "She is ready to start new, she's ready to grow her friendships and perhaps another relationship with another human being. She's got a little bit more spice this season. She took a lot of losses last season and she's ready to win, whatever that looks like for her."

As to her favorite part of playing Andi, Smith says it's "becoming" her.

"Physically, I give Andi animalistic characters because to me she's a lioness," she says. "She has her eye on the prize, she brings home the bacon ... so, becoming Andi is my favorite part and physically embodying her from the looks, my hairstyle, my makeup ... my wardrobe is insane this season. It's insane this season so I'm really looking forward to that."

Smith says playing Andi has also forced her to look at her own "faults."

For Smith, she's most proud that the project brings representation to the screen.

"Representation is essential right now," she says. "People need to see people who look like them so that they can know that they can be anything that they want to be. I plan on being that light for little girls like me, who didn't believe that was possible. When I was a little girl, it was unrealistic to do what I'm doing right now. I don't want any other little girls to ever feel that way." 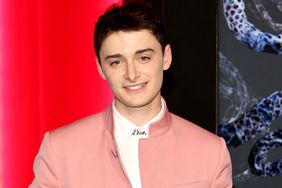 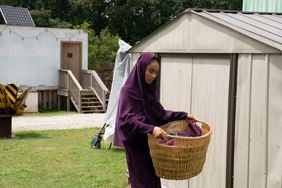