With the writers’ strike putting many of our favorite scripted shows on pause, American Idol‘s return to the airwaves Tuesday (8 p.m. ETS on Fox) couldn’t come at a better time. We caught up with Idol‘s crankiest judge — yes, Simon Cowell — who talked about the torture of auditioning all those wannabes, why some Idols are winning Grammys while others are getting dropped from their labels and what’s up with Randy and Paula‘s album.

Are you tired of sitting though auditions after so many years?Is it fun doing it? No. It’s becoming increasingly like torture but you have to give most of the at least three or four minutes… What’s amazing, even after seven seasons — and we’ve had some shockingly bad this year — is how much they still believe they’re right and I’m wrong. They got more argumentative with me this year and all I’m trying to do is help them. As fun as it is for me to watch, it’s torture to do it.

While several Idol vets are up for Grammys, Ruben Studdard and Taylor Hicks were recently dropped from their record labels. What do you make of that? I’ve run a record label for 25 years and the one thing I know about this business is that it’s horribly unpredictable. Ruben certainly would have been one of the ones you would have backed, and expected to be on his third or fourth album now, and it just didn’t work out. There’s no scientific or logical way of explaining why that happened. But we’re a reality show and what happens at the end is also a reality.

Fantasia’s brother auditioned this time around — does he have his sister’s talent? He hasn’t. He was terrible. Dreadful. He can’t sing… I remember thinking, “Oh great, Fantasia’s brother’s come in,” and it was all fantastic until he started singing. Then I think we disputed the fact that he really was Fantasia’s brother because he doesn’t have Fantasia’s talent.

What’s your opinion of Jordan and Blake’s albums in light of the disappointing sales?Well, naturally disappointed they didn’t sell more copies or that either artist hasn’t caught on fire — that’s what you want. You want a Carrie Underwood or a Daughtry or a Kelly Clarkson where they’re competing with the Mariahs and everybody else. It didn’t happen. Am I surprised? Not particularly… You literally have to give the public what they want and the public decided his year it wasn’t necessarily what they wanted. So we have to try to do better this year and I’m confident we will.

We heard about Randy’s new album. Did he manage to find you a spot on it?I think you know more about it than I do. I think he’s made a record with Paula, which should be interesting… I haven’t been asked to be on the album and if I was asked, I definitely wouldn’t go on it, but good luck to him. –Suzy ByrneStewart Cook/Rex USA 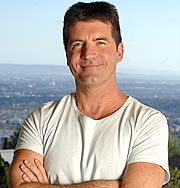 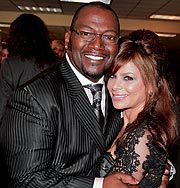 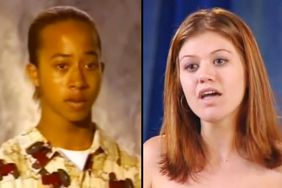 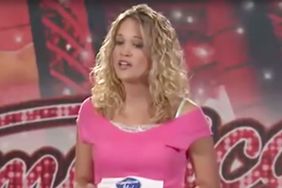 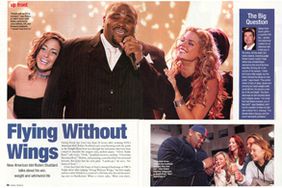