Siggy Flicker may have brought Margaret Josephs into her friend circle on The Real Housewives of New Jersey, but if it were up to her, she would have kicked Josephs out too

Siggy Flicker may have brought Margaret Josephs into her friend circle on The Real Housewives of New Jersey, but if it were up to her on Wednesday night’s episode, she would have kicked Josephs out too.

Bravo’s newest Housewife was enemy no. 1 for Flicker on season 8’s all-new episode, after she threw a surprise memorial ceremony for Teresa Giudice‘s deceased mother during their cast trip to Boca Raton, Florida, without giving Flicker — who had unknowingly skipped the beach day outing thinking it was just a yoga trip — a heads-up first.

“I want to take and pull on those pigtails until they come out of her head,” Flicker told Giudice of Josephs, the self-described “Powerhouse in Pigtails.”

“I can’t stand the bitch,” said Flicker. “Every time I open up my mouth, she’s giving me another dagger. I hate the f—— bitch. …. Margaret and her pigtails can go f— themselves.”

As if that weren’t enough, Josephs had made fun of Flicker for getting upset with Giudice and Melissa Gorga after the two had a playful cake fight with the $1,000 custom birthday cake Flicker had bought for Gorga. “Why cry about a cake?” Josephs, 50, had wondered. “Siggy, better known as ‘Soggy Flicker’ with all the crying.”

“I’m angry and livid over Margaret,” Flicker, 50, said Wednesday. “She’s calling me ‘Soggy Flicker?’ … What’s her excuse for being mean?”

So one might imagine that Flicker wasn’t exactly gung-ho to attend Josephs’ big launch party for her new fashion collection. “I feel like you slighted me,” Flicker told Josephs when she called with the invitation. “You didn’t really care about your friend Siggy who introduced you to everybody else. And then on top of that, you calling me ‘Soggy Flicker,’ I didn’t appreciate that. Have a great life, goodbye!”

Josephs didn’t exactly seem upset about Flicker’s words. “She was unhinged,” Josephs told her family, before admitting, “I’m always the bigger person. I can move past anything.”

She got her chance to patch things up with Flicker when the two met for a bite to eat at the local diner. Though … Josephs wasn’t exactly looking to apologize.

First, she explained away the lack of invite by saying that she didn’t know Flicker wasn’t coming to the beach until they were already there (“it wasn’t intentional”) and that it wasn’t a “big deal” that Flicker had introduced her to the group (“Why is it on me to call you instead of everybody else? This isn’t high school”).

Then, Josephs stood by her ‘Soggy Flicker’ line — adding that it was “f—— hilarious” and that the nickname was like ‘A Joan Rivers line.’ ”

“My timing is f—— perfect. I’m like Joan Rivers. I’m sorry, it’s funny,” Josephs said, quickly debating Flicker’s claim that she was more like the late comedian. “I’ve been at a million parties at her house before she passed away. … I’m just saying, you’re no Joan Rivers.”

Finally, Josephs went after Flicker for calling her negative names to Giudice. “That’s not very women-empowering,” Josephs said. “You talk the talk but you don’t walk the walk. … I’m shocked at your hypocrisy. You have to be able to laugh at yourself as much as you laugh at everyone else.”

Flicker, for her part, wasn’t backing down either. “When I’m angry, I’m not trying to empower you, I’m trying to destroy you,” the author and relationship expert said. “You should be on medication. You have no heart.”

But after a few more back and forths with Josephs — and an admission that she’s getting a hormone replacement procedure that consists of “pellets on [her] ass” — Flicker finally broke down in tears.

“You are a wise ass,” she told Josephs. “I don’t think you realize how sensitive I really am. I just felt like, ‘Margaret really doesn’t know me.’ And you know what, I don’t really know you.”

Her vulnerability got to Josephs. “Don’t cry. Now I am going to feel bad. Now I’m not going to say something snotty. Don’t get me crying myself. I’m a f—— wise ass but I would never want to hurt your feelings,” Josephs told Flicker. “Yeah, I had assumptions about you and you had assumptions about me. And you know, we’re dating. But my intention was never ever to make you cry. My intention is to f—— be funny. And I am funny, I don’t care. I’m very sorry that I hurt you. And that is a true apology. I don’t want to ever take a girl down ever.”

In the end, both agreed to try and move forward, Josephs admitting that she’s always going to say snide comments (“That’s just my thing, I’m f—— obnoxious, I can’t help it”) and Flicker agreeing to toughen up a bit (“I’m not going to get as offended”).

Still, Flicker will be keeping Josephs at a distance. “I’m not going to let her so close, I’m going to keep her at arms length,” she confessed to viewers. “Baby steps.” 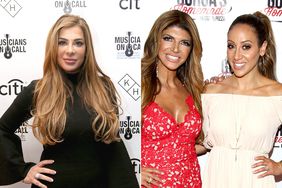 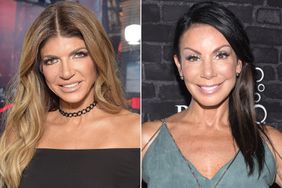