"It is someone else's job to program the night," says the creator of Scandal. "I'm just focusing on making great shows."

Shonda Rhimes has not one, not two, but three hit shows on the air right now – and they’re all on the same night!

As the creator of Grey’s Anatomy and Scandal and the executive producer of How to Get Away with Murder, Rhimes seems to have the magic recipe for making a hit show.

“I don’t think there is any sort of formula to it,” Rhimes modestly tells PEOPLE of her success. “I just try to make something I would want to watch.”

Rhimes started her career writing films, including HBO’s Introducing Dorothy Dandridge and Crossroads (yes, the Britney Spears movie), but she soon turned her creative juices toward the small screen.

“I find something very satisfying about the pace of television,” says Rhimes. “Movies take a long time to get going, but I can have an idea for an episode and three weeks later, I can be watching it on TV.”

And she’s not the only one watching.

Rhimes is now the creative force behind all three hours of ABC’s Thursday night lineup, which has been deemed “Thank God It’s Thursday” by the network.

“It is someone else’s job to program the night,” Rhimes says of the scheduling decision. “I’m just focusing on making great shows.”

The mother of three says she’s not one to shy away from taking risks, but she jokes that she was prepared with an excuse if T.G.I.T. had not debuted with banner ratings.

“If it works, it was the best idea in the world,” she says with a smile. “And if it doesn’t, I didn’t have anything to do with it.” 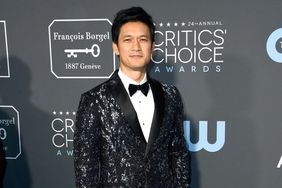 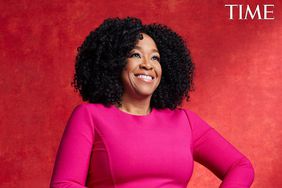 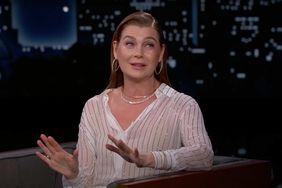 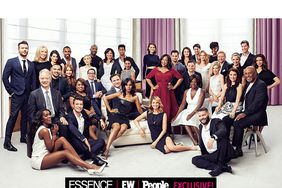 EXCLUSIVE PHOTO: Shonda Rhimes Poses with the Casts of 'Scandal', 'Grey's Anatomy' and 'How to Get Away with Murder' 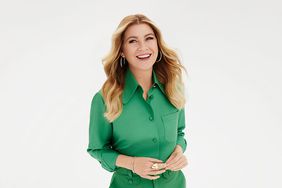