The former legal secretary got a role on the number one show on television at the time. Then had to return to secretarial work — looking at a cast photo of Friends all day long

Sherri Shepherd has been on television for 25 years now. After making her name in comedy, the former legal secretary — best known today for her seven years on The View — turned to acting.

Shepherd began hitting the audition circuit. “There would be, like, one role: the sassy Black secretary.” She got a lot of credits and soon it seemed like there was another role she had. As one of her friends put it: “You’re the Black girl on the White sitcoms."

Shepherd, now 53, laughs at the memory, then turns serious. “I kind of got that moniker because if it was a White sitcom, you saw me walking through. It was either a recurring or a guest star or a regular.” Years later, she says, she loved when more women of color got more roles on television. “But no, back then we were not happy. But what could we do? Right? Nobody wanted to open up the options and say, ‘Let me look at a world where there’s some brown people in here.’ "

In 1998, while starring on Suddenly Susan, Shepherd got her biggest break: a guest-starring role on Friends opposite David Schwimmer and Matt LeBlanc.

“It was surreal because it was the No. 1 show. I remember [when I got to the set] a Black security guard was like, 'Girl, we rooting for you!' She gave me a thumbs up and I felt so much better," Shepherd recalls.

“I was so nervous,” Shepherd remembers of the day of filming. “Everyone was exceptionally nice to me. The first woman that came up to me was Jennifer Aniston.”

Shepherd played Rhonda, an employee at the museum where Ross (Schwimmer) worked and where Joey (Matt LeBlanc) had taken a job as a tour guide. “People still ask me to do the line — 'Peter! Peter! I gave you my snack pack!' " Shepherd laughs. “I had the best time. We did it in front of a live studio audience. And they gave me a standing ovation.”

As was the custom at the time, Shepherd sent out a promotional postcard to her friends and industry colleagues. Alongside a photo of her in an orange sweater was the message: “Friends finally got some color this week.”

“It was all tongue in cheek,” Shepherd says. “I thought, ‘Oh my gosh, they're going to love it, because it's such a funny joke.’ " She was never invited back. (The show would later face criticism for its lack of diversity.)

“It was really sad. Suddenly Susan was canceled. I had to return to working as a legal secretary,” she says.

She’d still see the cast of Friends, though. Shepherd began temping at Schwimmer’s father’s law firm. “He had a big picture of the cast in the office, the one where they were all hugging. He would bring all his clients over and say, ‘This is Sherri Shepherd. She was on my son's show.’ I was so depressed!” She remembers sitting with her bag lunch on a bench outside the law firm. “And I was like, I was on Friends. That was me. I was Rhonda.”

As always, she found a way to laugh. “I saw David Schwimmer at a comedy club one night [at the time]. I said, ‘I work for your daddy.’ And we laughed so hard!” 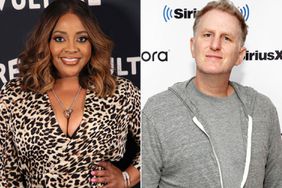 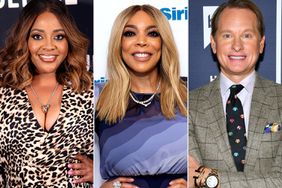