Sharon Osbourne: 'I Think I'm the Strongest I've Ever Been Right Now'

Sharon Osbourne isn’t letting her split from husband Ozzy bring her down.

“I think I’m the strongest I’ve ever been right now, with everything that’s going on in my life,” Osbourne, 63, said on Tuesday’s episode of The Talk. “I feel it.”

Co-host Aisha Tyler – whose own divorce news broke in April – empathized with what Osbourne is going through.

“I think going through some of the stuff that you’re going through, and I know with stuff that I was going through, I would give myself the time in the car to cry when no one was looking, and I’d get to work or get to where I had to go and then I’d put that strong face on,” she said.

“I think it’s okay to give yourself some space to be human as well,” continued Tyler, 45. “That’s a part of being alive. And you can’t go through it without those moments where you do break down a little bit. I think you need a little bit of both.”

RELATED VIDEO: A Day in the Life of Sharon Osbourne

News broke earlier this month that Osbourne and her musician husband, 67, had split after 33 years of marriage. The former couple has three children together: Aimee, 32; Kelly, 31; and Jack, 30.

Despite the split, a source told PEOPLE that divorce is not being discussed at the moment. The pair reunited last week to promote Black Sabbath’s upcoming performance at the 20th anniversary celebration of Ozzfest. 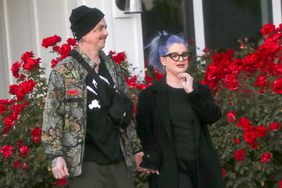 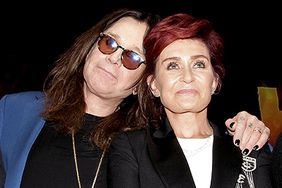 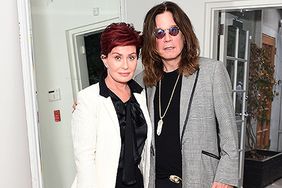