Sharon Osbourne is facing backlash after revealing she forced her former assistant into a burning building before firing him.

On a recent episode of the BBC game show, Would I Lie To You?, Sharon, 67, recalled that she and Ozzy, 71, were home for Christmas one year when their house became engulfed in flames from a candle they were gifted for the holiday.

“This alarm was ringing and ringing,” The Talk host said. “A fire alarm. I sent him [Ozzy] down. And so he went down, and suddenly I hear my name being called. ‘Sharon, Sharon, help me!’ ”

“I went downstairs and there he was in the living room and his arm was on fire,” Sharon continued. “He had a sling on. And half his hair was all on fire.”

After noting that Ozzy’s assistant was still sleeping during the crisis, Sharon said that she used a magazine to try and stop the fire on Ozzy’s shirt and hair, but to no avail.

“So then outside there was a fountain,” she explained. “I pushed Ozzy out and then the arm and his hair stopped. And then I think ‘Right, where is that assistant?’ So I go into the guest house and he’s going, ‘Everything Alright?’ and I’m like ‘No, house is on fire. Get out, help. Go in and get the paintings out.’ ”

“There were dogs, and I said ‘You must go in and find the dogs,’ ” she recalled telling the assistant. “So he did get the dogs, and the fire engines arrive. Very lovely people. They came and they had this oxygen for the assistant. So then I said to him ‘How very dare you, you work here, and you get more paintings out right now.’ ”

“I took the mask and I put it on my dog,” Sharon said, which earned applause and laughter from the judges and audience. She then explained the moment she decided to fire her husband’s assistant.

“After this terrible night, he was not talking to me,” Sharon recalled. “And Ozzy and I were counting everything and we were laughing and laughing and he goes ‘I don’t see what’s funny about any of this. I think I am going to have damaged lungs.’ “

“So then, I just said ‘If you don’t think that’s funny, do you think this is funny?’ And he said, ‘What?’ And I said, ‘You’re fired,’ ” Sharon said, again receiving applause and laughter from the studio.

When it came time for the judges to guess if the shocking story actually occurred, all three predicted it was true — which Sharon confirmed.

Following the revelation, fans flocked to social media to express their disappointment in Sharon.

A rep for Sharon did not immediately return PEOPLE’s request for comment.

“I hope they sue for everything,” one Twitter user wrote. 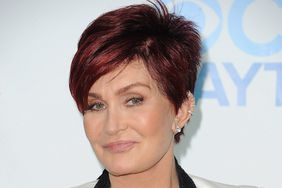 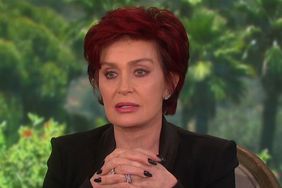 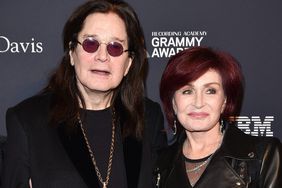