Barbara Corcoran has achieved something most people never will — attended her own funeral.

The Shark Tank star celebrated her 70th birthday this past Saturday by surprising friends not only with a party but with a funeral-themed affair.

The real estate mogul, whose birthday was actually on March 10, kicked off her bash by literally popping out of a coffin. The event was also decorated with a life-size cardboard cutout of herself and Corcoran treated her party attendees to a shark-inspired birthday cake.

“I surprised my guests laid out in a coffin on Saturday. After 90 friends and family paid their respects, I popped out of the coffin in a red Carolina Herrera gown to the Diana Ross song ‘I’m Alive!’, and danced the Tango,” Corcoran captioned a series of pictures from her shindig that she posted on Instagram.

In addition to her morbid surprise, the business tycoon’s photos from the party featured Corcoran’s tango dance and a smiling rabbi appearing to deliver a eulogy while speaking from a podium.

As for why she threw herself a funeral-themed birthday party, the 70-year-old went on to write in the caption, “What the heck, you only die once, you might as well be around for it!”

The party was also attended by two of her Shark Tank costars, Daymond John, 50, Mark Cuban, 60, and Robert Herjavec, 56.

Meanwhile, in another video featured on her story, Cuban joked that he thought the party was “really creepy.”

The self-made millionaire’s celebration also featured a doll in Corcoran’s likeness holding a bottle of wine placed in one of her chandeliers.

Shark Tank’s Barbara Corcoran Talks Starting Her Real Estate Business with $1,000 and ‘A Lucky Break as a Diner Waitress’

The party took place at her four-bedroom Upper East Side penthouse, which has a terrace offering views of Central Park.

“I wanted it because I love to garden,” she previously told PEOPLE. “I do weeding instead of therapy.”

“Years ago I was trying to get my old business, the Corcoran Group, through some hard times, so I took a second job as a messenger. I was delivering an envelope to the woman who lived here, and when she opened the door off the elevator, I saw that terrace,” she revealed. ”I said, ‘Excuse me, ma’am, but if you ever sell this place, will you call me first?’”

“Even on rainy, dire, dismal days, this place is sunny,” she added. “It’s like living on top of the world.” 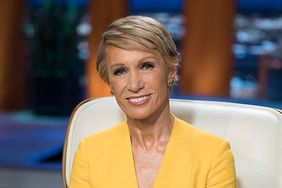