On Monday's Real Housewives of Orange County, Shannon Beador opened up about the "devastating" distance she feels from her husband David

Shannon and David Beador‘s marriage has been through a lot of ups and downs over their 17 years together. But The Real Housewives of Orange County couple’s latest rough patch appears to be happening at a time when Shannon is at her most vulnerable.

On Monday’s all-new episode of the hit Bravo series, the 53-year-old Housewife opened up about the “devastating” distance she feels from her husband following her 40-lb. weight gain.

David, who has worked with Shannon on repairing their marriage over the past three years ever since his affair that nearly tore them apart, has become obsessed with exercise, Shannon claimed — often choosing to hit the gym rather than spend time with her and their three children.

“It’s taken him away from his family,” Shannon said. “Because his exercise schedule is so rigorous now, both the kids and I don’t see him. He works out before work, comes home and eats with us, and then goes and works out until he goes to bed.”

It doesn’t help that Shannon isn’t fond of exercise herself. “I still hate it,” she told David of her workouts, which she’s been increasing to help drop the additional pounds she gained over a year of emotional stress eating in the wake of allegations made by Vicki Gunvalson last season that falsely said David “beat the s—” out of Shannon.

“You gotta flip your mindset to say you don’t hate it,” David encouraged Shannon, before she shut him down by telling him, “There are things that I do that you despise so maybe I should tell you to flip your switch next time.”

Still, David persisted — inviting Shannon to come to Arizona where he, friends Tamra and Eddie Judge and Lydia and Doug McLaughlin would all be running the 5-mile military obstacle course known as the Spartan Race.

It’s a race David knows well, having done eight of them over the last year — the first being the week before he surprised Shannon with a romantic vow renewal at the Inn at Rancho Santa Fe, where the couple originally said their “I dos.”

The invitation did not go well with Shannon. “He said, ‘Well we could have fun with the Spartan race,’ ” she recalled to Tamra and Eddie during a dinner with them. “But I’m not going to go on a romantic trip with my husband so he can run a Spartan race.”

“It’s become an obsession with him,” she confessed. “The exercise is David’s no. 1 priority now.”

The Judges tried their best to encourage Shannon to join David at the gym sometime, but she wasn’t interested — jokingly holding three fingers up to Tamra and telling her to “read” between the lines.

Shannon’s words left Tamra wondering if there were bigger problems between the couple. “There’s one thing that I do: I don’t emasculate my husband in front of other people,” she told viewers. “It’s kind of degrading him. That’s not a good sign. That’s not a healthy marriage.”

Lydia had similar questions when running Spartan with Tamra. “I think it’s super weird that Shannon’s not at the race,” she said. “I feel like it’s important to support my husband, so why aren’t you sharing in that with him. It’s obviously something different.”

It may be, but earlier this month Shannon assured PEOPLE that she and David are in a good place.

“We’re doing well,” Shannon said, adding that “relationships have their highs and lows.”

“For me, [the show has] actually helped my marriage and my family,” she told PEOPLE in June 2016. “[I’ve been] able to watch back little parts of my life and realizing where I need to make changes and where I need to improve. … You’re never going to hear me say, ‘Hey! It’s all editing!’ No, that’s me – for good or for bad.” 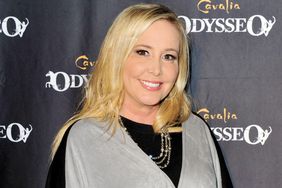 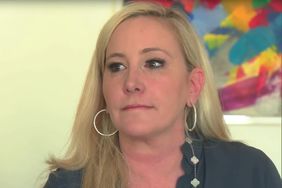 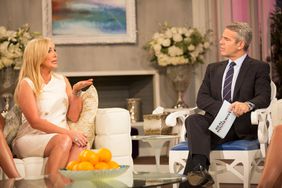 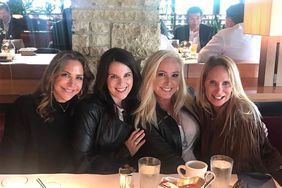 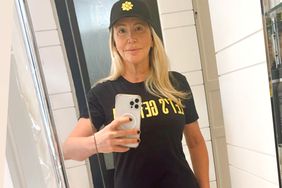 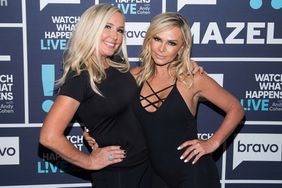 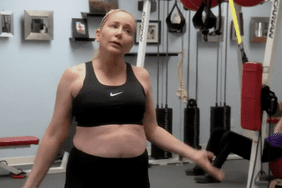