Shannen Doherty Opens Up About How Cancer Changed Her Marriage: 'It Solidified Us'

"Kurt and I have a much deeper appreciation for each other now," Shannen Doherty tells PEOPLE

Shannen Doherty is opening up about an unexpected silver lining to her painful and terrifying battle with breast cancer — it changed her marriage, for the better.

“Cancer solidified us,” Doherty, who has been wed to photographer Kurt Iswarienko since 2011, tells PEOPLE. “Kurt and I have a much deeper appreciation for each other now.”

Diagnosed with breast cancer in 2015, Doherty, 47, eventually underwent a mastectomy, followed by brutal back-to-back rounds of chemo and radiation before going into remission in 2018. The actress currently stars on BH90210, the hit reboot of Beverly Hills, 90210.

Reflecting on her relationship with Iswarienko, Doherty says, “It’s not that our marriage wasn’t good before. But we were definitely going through some growing pains. We would lock horns on things, and instead of resolving it, we wouldn’t speak for a couple of days.”

Now, “we don’t let a night go by mad at each other,” says Doherty. “The last time we had a big argument was pre-cancer.”

And the actress says a heart-wrenching journey like the one she faced changes all involved.

Watch the full episode of People Features: Shannen Doherty streaming now on PeopleTV.com, or download the PeopleTV app on your favorite device.

“For anybody to think that the only person altered by cancer is the person with cancer is incredibly wrong,” she says. “Cancer alters the people in your life. And it’s shaped both of us. We look at life very differently now.”

Iswarienko is also helping Doherty accept her post-cancer body, something she admits has been difficult for her to do.

From Diagnosis to Reconstruction Surgery, Shannen Doherty’s Cancer Battle — In Her Own Words

“I don’t have to be a sexy little vixen,” says Doherty. “How Kurt sees me really helps me be a better person. He was always like, ‘I’ve never seen someone handle something so difficult with so much grace. You’re so strong.’ And I figured out, it’s a quiet strength. And that is far sexier and appealing than I had before.”

Ultimately, “Kurt and I look at each other with such profound respect now,” Doherty says. “He was my rock in every way possible, and he made sure I knew how much he loved and valued me. We have a much deeper appreciation [for each other] now, and a much larger capacity for forgiveness.” 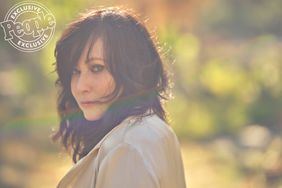 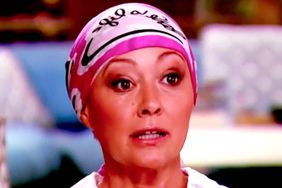 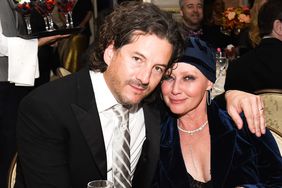 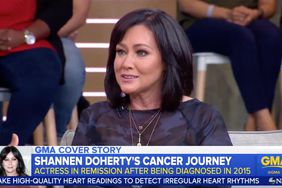