Doherty starred alongside Perry on Beverly Hills, 90210 for years — the actress as Brenda Walsh and Perry as Dylan McKay

Shannen Doherty had a very special reason for signing on to the reboot of Beverly Hills, 90210.

On Wednesday, Doherty, 48, said during BH90210‘s panel at the Television Critics Association press tour in Beverly Hills that she didn’t initially plan to join the reboot, despite a majority of the original cast signing on.

“For me, as these guys know, I definitely wasn’t going to do it,” the actress told the audience. “Nothing against the show, I knew it would get sold and do well without me. They didn’t need me. At that moment it wasn’t what I wanted to be doing.”

Things changed, however, when her former costar Luke Perry tragically died in March at age 52 after suffering a massive stroke.

“When Luke passed away, things drastically changed for me and I felt like it was a great opportunity to honor him,” she explained. “And I’m really glad I made that decision because now I get to sit up here with a lot of people that I respect and love.”

“We went on this amazing journey together where we also got to really, sort of, heal through losing somebody who means the world to all of us,” Doherty added.

Although the costars drifted apart when the show went off the air, they reconnected after Doherty went public with her breast cancer diagnosis in 2015.

Four years later, tragedy struck their friendship again when Perry suffered a stroke. The actor was hospitalized for five days, with a source telling PEOPLE at the time that he never regained consciousness, and on March 4, he sadly died.

Following his death, Doherty expressed her devastation exclusively to PEOPLE.

“I am in shock. Heartbroken. Devastated by the loss of my friend. I have so many memories with Luke that make me smile and that are forever imprinted on my heart and mind,” Doherty said.

“Luke was a smart, quiet, humble and complex man with a heart of gold and never-ending well of integrity and love. Luke reached out to me during my cancer journey and we picked right back up, albeit older and wiser, but that connection remained intact,” said Doherty, who opened up about being in remission in September.

“There is a special kind of love one has for each other when you are experiencing the journey we did on 90210 and of course life in general,” she shared. “I will miss him every day. Every minute. Every second.”

My Little Pony Spoofs the Beverly Hills, 90210 Opening Credits and the Results Are Adorable

The hour-long episode kicked off in the legendary and dreamy Peach Pit diner before the cast jetted off to Las Vegas to celebrate the 90210 30th reunion at a convention.

During their flight, an emotional Spelling shared her gratitude for her castmates — including Perry. “We’re not going to all be here forever, but we made something that will be,” she said, before toasting the late actor.

The show later concluded with a flashback clip of Perry saying, “Welcome to paradise, man. Welcome to your dream come true.” 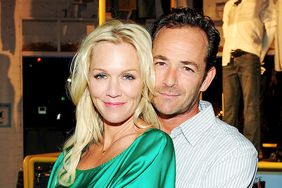 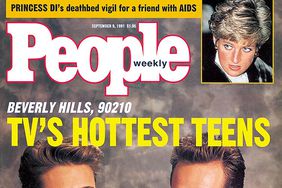 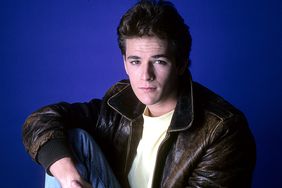 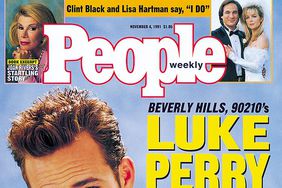 Down and Out (Not!) in Beverly Hills